Many theologians reconcile the Bible with history to the extent that they dismiss Jesus appearing to the ancient patriarchs and came in the flesh.  They do this to defend the authenticity of God’s word against popular claims of modernity.  Yet these claims are philosophical and lacking evidence.  The Bible’s own words acknowledge these as miracles i.e. in violation of natural experience.

While evolutionism presents a strong collaboration of all disciplines in their explanation of origins, the evidence can be interpreted with far greater ease against the biblical narrative.  While creation science also revises its understanding as new ideas and evidence come to light, the fundamental premises witnessed in the Bible remain intact.  Evolutionists, on the other hand, are constantly reeling from new evidence that requires a fundamental rethink of their story.  This is very hard for educators to keep up with, whose textbooks are full of debunked evidence such as Lucy.  They continue to claim Neanderthals as a separate species although we readily cross-bred with them as evidenced in our DNA.

BIOLOGY: a group of living organisms consisting of similar individuals capable of exchanging genes or interbreeding. The species is the principal natural taxonomic unit, ranking below a genus and denoted by a Latin binomial, e.g. Homo sapiens.

Inconsistently, although leopards and jaguars readily interbreed, they are different species because they “evolved on different continents over millions of years”.

I severely doubt that an Irish wolf hound and a Chiahuahua can interbreed for physical reasons, but because we bred these, they are the same species (dogs).  Science is all about reproducing evidence under human controlled conditions, but when we breed animals or plants, it’s unnatural selection.  So, because it’s not natural selection it’s not evolution and so the result can’t be another species.  Meanwhile we’ve evolved thousands of generations of E. coli bacteria in a lab to produce a “new species” of the original bacteria. 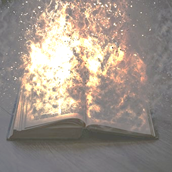 When we reconcile the Bible with “history”, or more precisely the “wisdom” of man, we make excuses why the history expressed in the Bible should not be taken at face value.  If the Bible’s history is wrong, then what parts of the Bible should we take at face value?  Jesus gave the Sadducees a hard time for taking this position to the extent that they not only relegated much of the Bible as merely useful moral teaching but denied the resurrection.  This is the logical conclusion to such a stance.  The gospel is thereby denied: we have sinned and are therefore destined to Hell.  Therefore, God had to sacrifice of himself to resolve this dilemma for those willing to accept this.  Compromising preachers will profoundly protest such a charge, but their offence belies the fact that they teach the Bible cannot be taken at face value.

Some theologians don’t trust the old testament because it doesn’t align with their historical studies.  This severely limits theological debate and contradicts

2 Timothy 3:16 All Scripture is God-breathed and is useful for teaching, rebuking, correcting and training in righteousness, 17so that the servant of God may be thoroughly equipped for every good work.

Paul wasn’t writing about his own letters here or the Gospels, which had not yet been written, but rather the old testament, which he’d mastered as a dedicated Pharisee.  It was Paul’s mastery of the old testament and the law that made him the pen of God in revealing the new light that Jesus shed on ancient theology.  Through the light of Jesus, we see underpinning the old testament, the fullness of God’s grace and provision, and the revelation of God’s love for us.  The law in all its harshness demonstrates our guilt and inability to restore a relationship with God, but the history demonstrates God’s grace, provision, and forgiveness for all who seek him.  Some are blinded that the new testament has no harshness, blatantly overlooking God striking Ananias and Saphira dead (Acts 5), the Apostles cursing those who brought opposition (Simon the sorcerer, Acts 8) and Revelation’s judgement of a wicked world.

2 Timothy 3:1 But mark this: there will be terrible times in the last days. 2People will be lovers of themselves, lovers of money, boastful, proud, abusive, disobedient to their parents, ungrateful, unholy, 3without love, unforgiving, slanderous, without self-control, brutal, not lovers of the good, 4treacherous, rash, conceited, lovers of pleasure rather than lovers of God – 5having a form of godliness but denying its power. Have nothing to do with such people.

This seems to describe current political dialogue around the world.  Certainly, some who reject the truth of God’s word – even dismissing parts thereof as allegory to fit human philosophies fit the description of “having a form of godliness but denying its power.” Paul advises to “Have nothing to do with such people.”  This sounds harsh against other scriptures admonishing us to extend charity to all.  An explanation of this would distract from the purpose of this book.