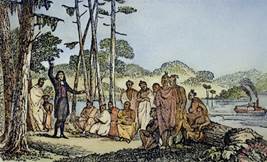 Native people are often astonished to hear Jesus’ genealogy. I’ve personally had the pleasure of witnessing such astonishment. They understand the idea that Jesus is God, but this proves that Jesus is also truly human. Many native tribes treasure their genealogies and receive these otherwise boring texts with great excitement, because if he was human, he can relate to us and the troubles of our lives, whereas the gods are always somewhat detached from our mortal existence. It’s for this reason that Jesus came as a baby, lived perfectly, yet died to take the consequences of our sin. It’s also for this reason that he has every right to judge us for our failings if we don’t receive his every effort to reconcile us to God.

Jesus is the rightful king of Israel through Jacob

Matthew 1:1 The book of the generation of Jesus Christ, the son of David,

David the king had Solomon with Uriah’s wife, 7Rehoboam, Abijah, Asa, 8Jehoshaphat, Joram, Uzziah, 9Jotham, Ahaz, Hezekiah, 10Manasseh, Amon, Josiah, 11Jeconiah and his brothers, about the time they were taken away to Babylon.

12After they were taken to Babylon, Jeconiah had Shealtiel, Zerubbabel, 13 Abiud, Eliakim, Azor, 14Zadok, Achim, Eliud, 15Eleazar, Matthan, Jacob, 16Joseph the husband of Mary, to whom was born Jesus, who is called Christ.

Genesis 12:3 I’ll bless those who bless you [Abraham] and curse those who curse you, and I’ll bless all the families of the earth through you

Genesis 49:10 The scepter shall not depart from Judah, nor a lawgiver from between his feet, until Shiloh come; and the gathering of the people will be to him.

Isaiah 11:1 And a rod will come forth from the stem of Jesse, and a Branch shall grow out of his roots.

Joseph was the rightful king of Israel, but his forefather, Jeconiah was so evil that the Messiah could not be of his bloodline.

Jeremiah 22:30 The Lord declares, “Write this man [Jeconiah] off as childless, a man that won’t prosper in his time.  For no descendant of him will prosper, to sit on the throne of David, and rule any more in Judah.” 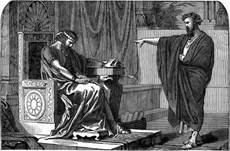 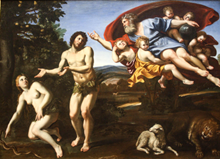 Since the beginning, God prophesied the virgin birth by promising the Messiah would come from the woman’s “seed”.  This is weird, because this “seed” is that which comes from a man i.e. sperm.  God also prophesied Jesus’ death, with his feet being pierced with nails, but he’d crush the authority of Satan.  God instigated sacrifices, prophesying and commemorating Jesus’ mission to cover our shame, which prevents us coming to God.

Genesis 3:14 And the Lord God said to the serpent, “Because you’ve done this, you’re more cursed than all cattle, and every animal of the field: You will crawl upon your belly and eat dust all the days of your life.  15And I’ll make you and the woman enemies, and your seed and her seed.  He’ll crush your head, and you’ll wound his heel.”  21The Lord God made coats of skins, to clothe Adam his wife.

Jesus is of David’s bloodline through Mary

In Luke, we read Jesus’ bloodline, via Mary through David’s son Nathan, to Adam, the son of God.  Numbers 36 describes how a daughter’s inheritance must be kept within a tribe, whereby her husband would essentially be adopted by her father.  Therefore, Matthew and Luke have very different genealogies between Joseph and David.

Jesus is the son of God

Psalm 2:7 I’ll declare the decree, the Lord has said to me, “You are my Son. Today I’ve given birth to you.

Isaiah 9:6 For a child is born to us, and son is given.  The government will be on his shoulders, and his name will be called Wonderful, Counsellor, The mighty God, The everlasting Father, The Prince of Peace. 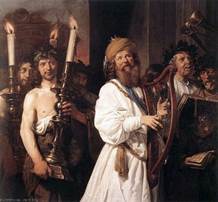 Jesus came to save the whole world – not just the Jews 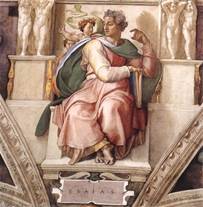 Isaiah 42:6 I, the Lord, have called you in righteousness, and will hold your hand, and will protect you, and give you as a covenant for the people, for a light to all people.

Isaiah 60:1 Rise up and shine, for your light has come, and the glory of the Lord has risen on you.  2Look, because the darkness will cover the earth, and great darkness the people.  But the Lord will rise on you, and his glory will be seen on you.  3And all people will come to your light, and kings to the brightness of your rising.