Why I believe the Bible is true
Joshua’s long day

Joshua 10:12 On the day the Lord gave the Amorites over to Israel, Joshua said to the Lord in the presence of Israel:
‘Sun, stand still over Gibeon, and you, moon, over the Valley of Aijalon.’
13So the sun stood still, and the moon stopped, till the nation avenged itself on its enemies, as it is written in the Book of Jashar.
The sun stopped in the middle of the sky and delayed going down about a full day. 14There has never been a day like it before or since, a day when the Lord listened to a human being. Surely the Lord was fighting for Israel! 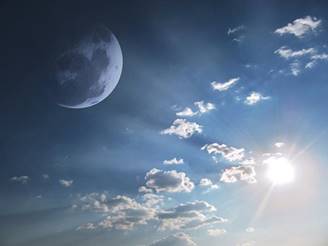 Many cultures have legends that seem to be based on this event. For example, there is a Greek myth of Apollo’s son, Phaethon, who disrupted the sun’s course for a day. And since Joshua 10 is historical, cultures on the opposite side of the world should have legends of a long night. In fact, the New Zealand Maori people have a myth about how their hero Maui slowed the sun before it rose, while the Mexican Annals of Cuauhtitlan (the history of the empire of Culhuacan and Mexico) records a night that continued for an extended time.

The Book of Jasher mentioned in verse 13 is a fascinating read – see the references at the end of this book.