Christmas for dummies
A virgin's child

There were many prophecies about God coming as a human to restore all people to him and to rule over the world.  One of the most famous is Isaiah’s prophecy around 700BC of a virgin bearing a child who would be called Emanuel, which means “God with us”. 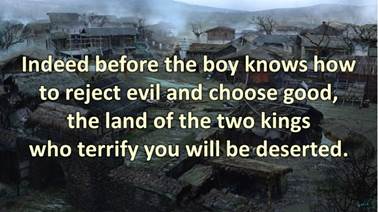 This prophecy talks about two kings who were enemies of Israel around 700BC.  They ruled over Syria and northern Israel.  I understand that these same regions were a problem around the time of Jesus’ birth, but were subdued by the Romans before Jesus was in his teens.