Christmas for dummies
Jesus is dedicated to God

Luke 2:21 And on the eighth day they circumcised the child, and he was called Jesus, just as the angel had named him before he was conceived in the womb.
22And when Mary completed the days of her purification according to the law of Moses, they brought him to Jerusalem, to present him to the Lord.
23(As it is written in the law of the Lord,a “Every firstborn male will be called holy to the Lord”)  24And to offer a sacrifice according to that which is said in the law of the Lord, “A pair of turtledoves, or two young pigeons.”

Exodus 13:2 Set apart for me every firstborn, whatever opens the womb among the children of Israel, both human and animal.  It is mine. 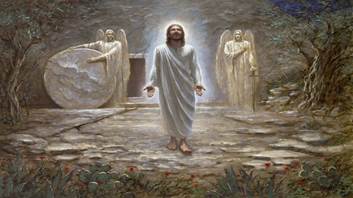 Throughout his life, Jesus fulfilled every aspect of the Law of Moses, which legalists believe is required to be righteous, even though this is humanly impossible.  Despite his perfection, Jesus was killed, but his sacrifice paid the penalty for sin.  Through his perfection, he fulfilled the law of sin and death, but he couldn’t stay dead.  Even as Jesus rose from the dead, we who believe in him and accept his sacrifice on our behalf will also rise from the dead to live with God in Heaven forever.  This is what Christmas looks forward to.  This is the greatest reason to celebrate.