Christmas for dummies
The shepherds visit 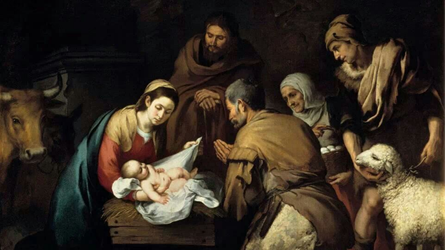 Luke 2:15 So, as the angels left them to return to Heaven, the shepherds said to each other, “Let’s go right now to Bethlehem, and see what’s happened - what the Lord’s shown us.”  16They hurried there, and found Mary, and Joseph, and the baby lying in an animal feed trough.  17And when they saw him, they told everyone around, what they’d been told about this child.  18And everyone that heard it was amazed at the things the shepherds were telling them.  19But Mary kept all these things and pondered them in her heart.  20And the shepherds returned, glorifying and praising God for all the things they’d heard, and they’d seen; exactly as they’d been told.