Introduction to Christianity with Luke
Chapter 1

Hi, welcome to my Introduction to Christianity with Luke. I’m Brent Clark. In chapter one, we learn about: 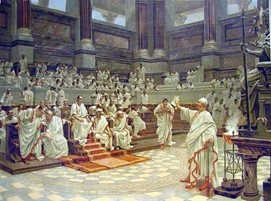 Christianity is all about eyewitnesses.  It’s about personally experiencing God as our Father, just as Jesus, his son, demonstrated to us when he came to the world in person to live with us.  It’s not some abstract stories from way back then of some private epiphany in a secluded cave, for which there’s no evidence.  Rather, when investigated, the accounts of the Bible from a multitude of eyewitnesses withstand all scrutiny and are echoed in the lives of believers even 2,000 years later.

This text implies that Luke is a respected academic, who has investigated Christianity, and presented his detailed account to Theophilus, who is some high-ranking official.  According to Wikipedia, Theophilus means “friend of God”.  He may have been a Roman official, perhaps a lawyer, or a Jewish High Priest.

The priest, Zechariah was a descendant of Abijah.  His wife, Elizabeth was also from a priestly family since she descended from Aaron.

Moses is the dude from the movie, “The prince of Egypt”.  After he brought Israel out of slavery in Egypt, he established Jewish law and religion and appointed his brother Aaron as priest.  King David (the boy who killed Goliath) organized Aaron’s descendants into 24 priestly orders, who’d work in shifts at the temple.  One of these was Abijah, who is Zechariah’s ancestor.

When we do a Google image search of “Jewish temple incense sacrifice”, we see that this ritual established by Moses would have looked something like this.

The Jews were prescribed various rituals by Moses that remember the things God has done and will do.  Jesus fulfilled many of these rituals when he came 2,000 years ago.  Some churches have similar rituals, but protestant churches generally don’t.  Rituals can carry valuable spiritual lessons through their symbolism, which are often forgotten as people focus on getting the ritual perfect.  This happens when they’ve replaced a personal relationship with God with a bunch of rules to be followed religiously. 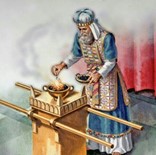 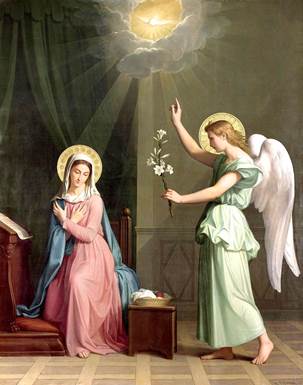 In Matthew 1:18-24, we read about Joseph’s reaction to his fiancée becoming pregnant. He didn’t want her executed according to the law of Moses but decided to separate quietly. An angel also appeared to him to reassure him of God’s faithfulness to fulfill his ancient promise that the savior would be born of a virgin, which happened to be his fiancée Mary.

It’s very unusual for God to speak to us audibly or to send an angel. He primarily speaks to us through the Bible, which provides precedents for us to follow, and inspiration for resolving problems and mysteries. His Holy Spirit places thoughts in our minds and deep urges, which are in line with what is written in scripture. And he speaks through people around us and circumstances that shape our lives. But all of these must be held against what the Bible says is right. 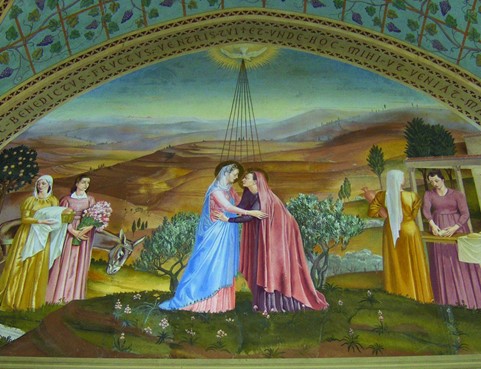 In Jewish society, being pregnant before marriage was a huge scandal. Mary needed to hurry away to someone she could trust, and her older relative who’s also pregnant would be ideal to spend some time with.

When John the Baptist met Jesus for the first time, although they were both inside their mothers, he kicked with excitement. Elizabeth was overwhelmed and bubbled out words inspired by God’s Holy Spirit. Often God speaks through godly people like this. Even without them realizing it, through God’s inspiration, they say exactly what’s needed at the time. 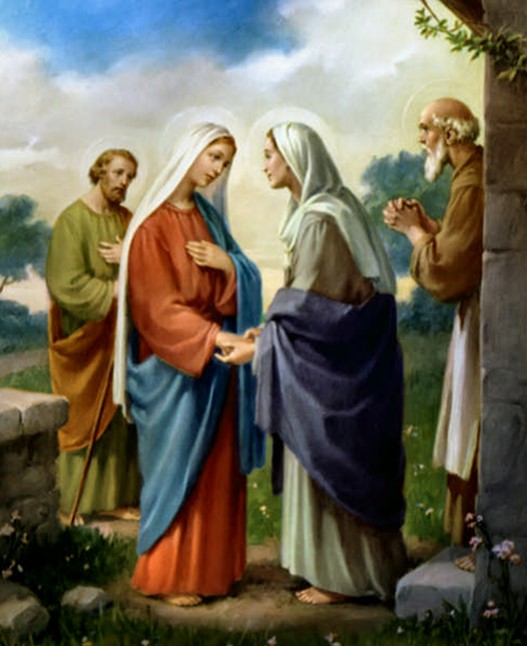 Mary’s response was to also bubble with excitement with words inspired by the Holy Spirit – that she’d be God’s servant who’d fulfil his promise of a virgin bearing his son. She praises God that he promotes the poor and weak, and brings down those who think highly of themselves.

Since Abraham, Jews have circumcised boys when they’re eight days old.  This was also a naming ceremony.  Circumcision is when the foreskin is cut from the penis.  Medically it’s debated whether this is beneficial.

Circumcision symbolizes cutting away our sinful nature to be dedicated to God.  The early church debated whether non-Jews should be circumcised, concluding that to do so would imply that we must keep every ritual, which would be an unnecessary burden. 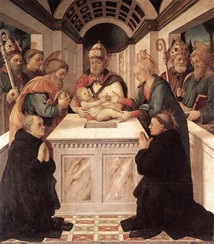 Zechariah’s words recall the multitude of prophecies about the Savior written throughout the Bible. His son, John, would be like the great prophet Elijah, who was to come before the Savior to prepare people’s hearts to receive him.

This was the beginning of a very exciting time in Israel’s history, as God’s plan for resolving the sin problem was starting to unfold. Many religious leaders were anticipating a great general who would overthrow the Roman occupation and promote them to rule the world. But God’s plan wasn’t to raise up the proud and self-righteous, but to teach that only through humbly realizing our own imperfection and accepting Jesus’ payment for our sins, that we could enter Heaven.

Mercy and grace are central to Christianity.  We’re all imperfect and have at some time rejected God.  The consequence of this is death.  But Jesus came from Heaven to take this punishment upon himself so that everyone who believes in him will have eternal life instead.

He brought us mercy by taking upon himself the punishment that we deserve for our rebellion against God and wanting to live our lives without him. He brought us grace, by giving us the free gift of eternal life, which we really don’t deserve due to our rebellious nature. 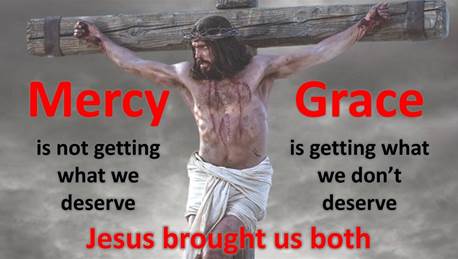 I pray that God would richly bless you and your understanding of his word, the Bible.

Shalom. That means may you be encompassed with peace, wholeness and well being.