Introduction to Christianity with Luke
Chapter 3

Hi, welcome to my Introduction to Christianity with Luke. I’m Brent Clark. In chapter three, we learn about: 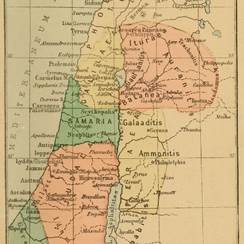 Emperor Tiberius reigned around 14-37AD, so this happened around 29AD.

Galilee, Iturea, Trachonitis, and Abilene were all regions around the Sea of Galilee in northern Israel.

John was in the desert in southern Israel, possibly around the north-west of the dead sea, where the Essenes preserved the Dead Sea Scrolls.

The Jordan River is particularly significant between the Sea of Galilee and the Dead Sea. 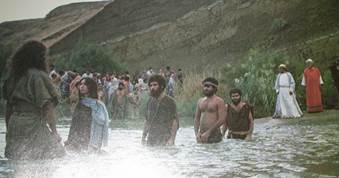 17. Winnowing is a process by which chaff or husks are separated from grain. It can also be used to remove pests from stored grain. Winnowing usually follows threshing in grain preparation, which is when the grain is beaten from the stalks they grow on. 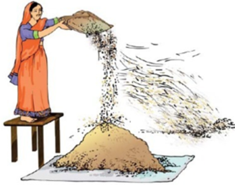 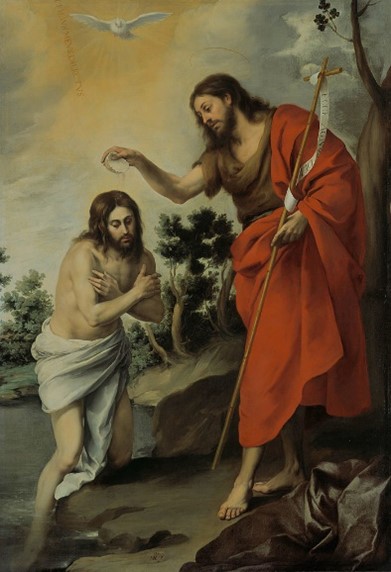 Here, we see a picture of the Trinity. As Jesus is baptized, the Holy Spirit descends in the form of a dove and the Father speaks from Heaven of his delight in his son. These are three separate individuals.

As Jesus ascended to Heaven his parting words were:

Matthew 28:19 Wherever you go, make disciples of all nations: Baptize them in the name of the Father, and of the Son, and of the Holy Spirit.

The Pharisees of Jesus’ time didn’t recognize the Trinity just like their orthodox Jewish descendants today. However, the Essenes who preserved the Dead Sea Scrolls did. God dwells in Heaven

But at creation we see the Spirit of God hovering over the waters:

Genesis 1:2 … The Spirit of God was hovering over the water.

Jesus visited Abraham, appearing as one of three men, who turned out to be angels.

Genesis 18:22 From there the men turned and went on toward Sodom, but Abraham remained standing in front of the Lord.

Jesus referred to this event in

John 8:57 The Jews said to Jesus, “You’re not even fifty years old. How could you have seen Abraham?”

Speaking of David’s descendant, he’ll call God his Father, but will be God himself.

Psalm 89:26 He will call out to me, ‘You are my Father, my God, and the rock of my salvation.’ 27Yes, I will make him the firstborn. He will be the Most High to the kings of the earth.

This is confusing. Do Christians worship three gods or one?

Deuteronomy 6:4 Hear, O Israel: The Lord our God, the Lord is one!

I found this best explained by King David’s friend Gad the Seer:

The Book of Gad the Seer 12:11 Your name is to be one, as our fathers and mothers are one. 12For that, hear O Israel, the LORD is our God, the LORD is one.

God is one - just as our mother and father are one.

Genesis 1:27 So God created humans in his image. In the image of God he created them. He created them male and female.

Genesis 2:24 That is why a man will leave his father and mother and will be united with his wife, and they will become one flesh.

And a family becomes complete when they have a child. 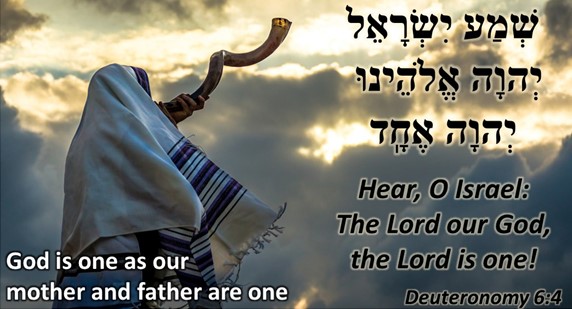 I found Wikipedia’s article very academic but includes this helpful diagram. The BBC produced a more digestible explanation of the Trinity.

God is described as all-powerful, all-knowing, and all-present. It seems that the three individuals of the Trinity focus on one of these areas.

So, to me, it seems that the Father is all-knowing, the Son is all-powerful, and the Holy Spirit is all-present. These three individuals contribute their strengths and characteristics to a complementary unity. Our marriage is a crude image of this where we bring our strengths to cover each other’s weaknesses.

It’s often said that to deny the Trinity is heresy but so is trying to explain it. God is just too infinitely complex for humans to comprehend and therefore explain. However, I pray that my crude attempt is helpful.

Jesus was the 77th generation from Adam.  We’re about 200 generations since Adam.  Most people skip over these names because they can’t relate to them and are scared of the embarrassment of struggling to pronounce them.  In our culture we don’t appreciate genealogies.  However, I’ve heard stories of missionaries who translated these boring bits last, only to encounter their tribe’s utter astonishment that Jesus isn’t just a powerful god but is a person with ancestry just like us.

In Luke’s genealogy, the names become familiar with King David – the kid that killed the giant Goliath.  Then there’s Boaz from the book of Ruth.  Then Judah, Jacob (Israel), Isaac, Abraham from Genesis.  Then skip a few to Noah – the flood guy, who is ten generations from Adam.

The genealogy in Matthew 1 is very different, tracing through the kings of Judah.

My 7,000-year Bible timeline maps out these genealogies.

It looks like Matthew skips some names, but Luke has a consistent flow of generations with his attention to academic details.  Some use Matthew’s license to question Genesis’ timeline with evolutionary thinking.  However, those genealogies include the age of the father at the birth of the son, providing a very precise timeline as I’ve reproduced.

So thanks for joining me. I pray that God would richly bless you, and inspire you to seek his word, and to understand what it means for your life. I pray that you’ll be richly blessed, and we'll see you next time.