Introduction to Christianity with Luke
Chapter 20 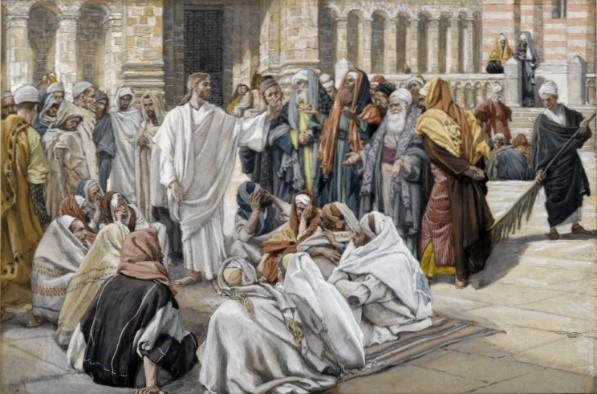 There’s often an expectation that you have to study at bible college to be qualified to preach or teach in church.  Certainly, when someone challenges religious dogma, their credentials are tested.  In reality, Jesus begins to use people as soon as they begin believing in him.  Their journey is their first message of how God can transform anyone, and how God dearly wants to forgive each of us.  Theological and scientific theories can’t deny experience.  Too often, such dogma blinds people to the truth, and prevents us from experiencing the freedom and peace, which Jesus’ forgiveness brings.  People love to assert greater authority to shut up those who challenge them.  However, we must present real evidence in arguing our case in the hope of convincing some of the truth of Jesus’ work.

When Jesus was challenged for his credentials, he threw the challenge back at these religious dudes.  When they diplomatically lied that they didn’t know where John’s authority came from, Jesus reflected what they were really saying by responding, “Then I won’t answer your question either.”  Actually, his question was the answer.  The popular recognition was that John was authorized by God.  The people also recognized God’s authority behind Jesus.  They, on the other hand, were appointed by humans to be leaders in their exclusive religious club.

Many people are held back from doing God’s work because they’re waiting for recognition or appointment from religious authorities.  It’s very liberating to realize that God’s calling each of us to do his work, that he’s already equipped us for.  It’s really important to know that we’re serving God as our master – not waiting for some church authority to tap us on the shoulder.  Often God appoints us to do that hidden ministry, that no one will recognize or appoint you to do.  For some, that’s spending hours praying for people.  For others, that’s providing a loving Christian environment for your kid’s friends.  Don’t expect human recognition.  Do expect human resistance.  And do whatever God has placed on your heart.  He sees everything that you do, particularly that which is hidden from others, and he will reward you for your faithfulness.

This is a pretty horrible story, which perfectly demonstrates human corruption at its worst.  When God created Adam and Eve, he placed us in Eden, and appointed us to look after the world.  Instead, we chased after power.  We’ve been doing that ever since.  When everyone seemed corrupt, God chose Israel to be his special nation.  He settled them in the center of the world in a “land of milk and honey.”  However, they didn’t repay God as he required.  When prophets came to warn them, they abused them.  Eventually, God sent his Son, who is the key to restoring humanity to him.  But the religious dudes plotted to kill him, because he was a threat to their power mongering.

Forty years later, God destroyed those religious dudes and their temple, and drove the Jews out of their land to let others settle there.  Spiritually, he left the Jews to wallow in their delusions and fulfilled his promise of a personal relationship with him through the church.  However, now God has restored the land to Israel, and they are beginning to turn away from their pharisaic traditions and dogma to realize that Jesus, whom they killed, is their messiah.

Jesus was the one that the religious dudes rejected.  He was the cornerstone of God’s plan for humanity.  There are two types of cornerstone. 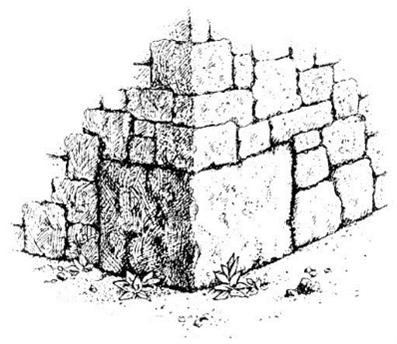 The other is also called a keystone.  When an arch is built, it’s built on a frame with the stones are put in place.  Finally, the key stone is placed, which then holds all the other stones in place and the frame can be removed and the arch will continue to stand in its own strength.  But if that keystone is ever removed, the entire structure will collapse.

Those who trip over Jesus will be broken, and if Jesus’ judgement falls upon a person, they will be crushed.

Jesus’ reply is a reminder of creation.

Genesis 1:27 So God created humans in his image. In the image of God he created them. He created them male and female.

The Sadducees had a very liberal theology.  They only studied the first five books of the Bible, which Moses wrote, since the other books of history, the prophets and poetry further challenged their dogma.  By rejecting further evidence, they could maintain their compromised religion.  They taught that there was no resurrection, so it’s illogical that God would want us to suffer for our entire existence.  Therefore, although it’s not ideal, we should compromise God’s law to fit in with the Greek and Roman occupations until God supernaturally steps in to make things right.  Then we can live as he requires. 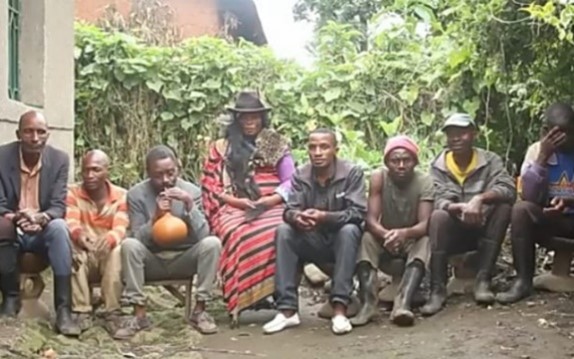 To prove their point, they show how ridiculous the resurrection is by demonstrating that God’s law would imply a woman would then have seven husbands.  This is indeed disturbing for religiously patriarchal thinking.  The problem is that their theological view was so restricted they couldn’t see that the core purpose of marriage, that is having kids, is not necessary for immortals.

Jesus then demonstrated from Moses’ teachings that “the Lord is God of Abraham, Isaac, and Jacob.”  This is expressed in present tense, but these guys died thousands of years ago.  It’s not possible that the Lord can be the God of people who no longer exist.  Therefore, we all continue to exist after death.  This then means that we will be accountable to God for what we do in this life, since its suffering and challenges are only temporary.

Jesus was legally a descendant of King David and his kingly dynasty through Joseph.  This fulfills numerous prophecies of the Messiah coming from this lineage.  However, there were many other prophecies that the Messiah would be God himself.

Isaiah 7:14 … A virgin will become pregnant and give birth to a son, and she will name him Immanuel [God Is With Us].

He was a biological descendant of David’s son, Nathan, through Mary who became pregnant by the Holy Spirit with the son of God.

Luke 1:35 The angel answered her, “The Holy Spirit will come to you, and the power of the Most High will overshadow you. Therefore, the holy child developing inside you will be called the Son of God.

Therefore, David writes of God the Father saying to Jesus to “take the honored position next to me”.  This demonstrates that God isn’t just one person but is a Trinity with the Holy Spirit.

While there’s many wonderful theologians out there, there’s also many who merely study God and the Bible academically.  Their heads are filled with so many theories, but they’ve never experienced the transforming power of God.  Even many who appear to lovingly serve the church are doing so out of intellectual pursuit and have not personal experience of the life-changing God, who is their personal savior and friend.  Beware of these religious dudes who love the limelight and focus on making themselves look good.  Since they have all the knowledge but have not come to submit their lives to God, they are most guilty and will receive the harshest punishment among the wicked.