Introduction to Christianity with Luke
Chapter 24 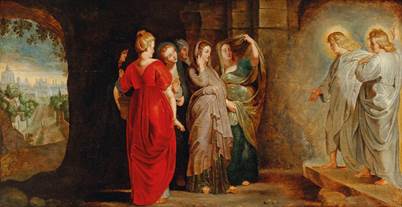 There’s so much we overlook in this story because of our cultural mindset.  This is Luke’s legal presentation of Jesus’ life.  The first witnesses were women.  So what?  Well, in that chauvinistic cultural context, it’d be absurd to call on women as witnesses.  This really doesn’t present a good case.  But it’s the truth, and sometimes the truth is so crazy you couldn’t make up a story like that.

It was on Sunday.  That’s why churches generally meet on Sunday.  It’s the day we celebrate the resurrection of our Lord.

Traditionally it’s understood that Jesus was crucified on Friday.  This confuses the weekly Sabbath (Saturday) with the High Sabbath of Passover.  Other theories have Jesus sacrificed on Wednesday before Passover on Thursday.  He would be in the grave Wednesday to Friday night and Saturday and raise from the dead after three days during Saturday night.  The Roman guard would not permit them to care for the body on the Friday, so they try again on Sunday.

In verse 10, Mary, the mother of James, is Jesus’ mum.  When Luke wrote this, Jesus’ brother, James was the chief pastor of the church in Jerusalem.  It seems he preferred to avoid the pagan idea of “the mother of God” by referring to her as Pastor James’ mum.

The location of Emmaus is unclear.  Most commonly it’s thought to be Emmaus Nicopolis, eight hours walk to the west of Jerusalem.  Or Kiryat Anavim, four hours away.

In any case, it’s a decent amount of time for a lengthy discussion, which might have gone something like this:

Deuteronomy 18:15 The Lord your God will send you a prophet, an Israelite like me. You must listen to him.

Jesus was that prophet, as proven by his amazing miracles.

Malachi 3: 1“I’m going to send my messenger, and he will clear the way ahead of me. Then the Lord you are looking for will suddenly come to his temple. The messenger of the promise will come. He is the one you want,” says the Lord of Armies.

Jesus was preceded by John the Baptist, who was a lot like Elijah.  He preached repentance and baptized people symbolizing the cleansing of their sins.  John said that Jesus is the Messiah.

Jesus came out of nowhere and was suddenly teaching in the temple.  He didn’t come with the fanfare of a military general like the religious dudes projected.  But he came as a healer and restorer of Israel to God, away from the bloated religion that dominates and defiles the temple.

483 years ago, Artaxerxes commanded the restoration of Jerusalem. The Messiah has appeared but has just been executed – just as Daniel foretold.

Numbers 21:9 So Moses made a bronze snake and put it on a pole. People looked at the bronze snake after they were bitten, and they lived.

The religious dudes are calling Jesus a snake and a serpent.  He was lifted up on a cross for all to see.  Those who look at him in belief that he is the Messiah will be saved from the law of sin and death and be restored to life in relationship with our Heavenly Father.

Psalms 16:9 That is why my heart is glad and my soul rejoices. My body rests securely 10because you do not abandon my soul to the grave or allow your holy one to decay.

Jesus was able to commit his spirit into the Father’s hands because of what his ancestor wrote.  Jesus is risen.  His body has not decayed like his great grandad David’s did.

Psalms 22:24 The Lord has not despised or been disgusted with the plight of the oppressed one. He has not hidden his face from that person. The Lord heard when that oppressed person cried out to him for help.

Jesus quoted the beginning of this psalm as he suffered on the cross.  But my God had not forsaken him.  Although the weight of sin felt like it at the time, Jesus was never despised or rejected by the Father.  Just as Abraham held the knife to his son’s throat ready to sacrifice him on those mountains, so it was God who sacrificed his son instead.  God never looked away as he crucified his only son but did so with the bitter joy of knowing it was the only way to restore his children to himself.

27All the ends of the earth will remember and return to the Lord. All the families from all the nations will worship you

And now because of Jesus’ resurrection, people from all over the world will come to know him and worship our loving, infinite creator God.

Why does God keep doing that?  Sending angels or himself, freaking out everyone with the greeting, “Peace be with you!” lol.

Jesus patiently shows them that he is very much alive.  “Here, poke around in my wounds.”  As they recoil in disgust, “Gimme a big hug guys.  I’m back!”  Still not sure, “Let’s eat!  Ghosts don’t eat.”  I’d still be wary.  Dead people don’t just get up and walk around.  But then, there was Lazareth.  Oh, and that pastor’s daughter… and the widow’s…. Ok.  You got me.  Maybe you’re right when you tell me you’re alive. 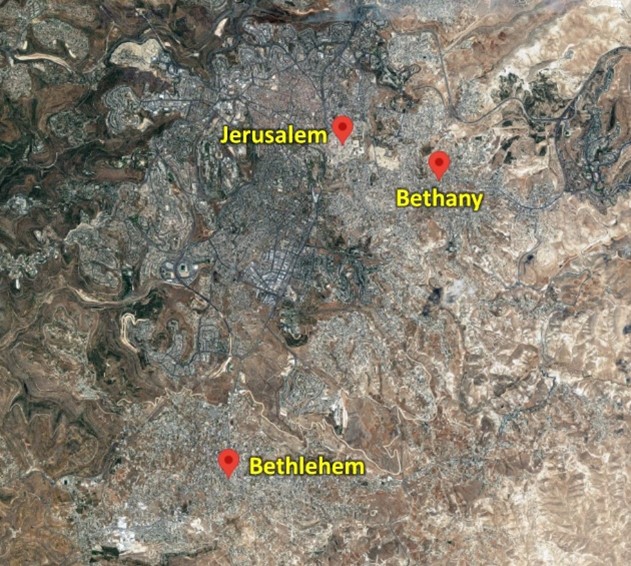 Over the next few weeks, Jesus repeats the conversation from the road to Emmaus, but now they can understand it better, having realized he’s right there.  Not as a stranger, but as their beloved friend.  The message gradually sinks in.  Some get it quicker than others.

Matthew 28:18 When Jesus came near, he spoke to them. He said, “All authority in heaven and on earth has been given to me. 19So wherever you go, make disciples of all nations: Baptize them in the name of the Father, and of the Son, and of the Holy Spirit. 20Teach them to do everything I have commanded you. “And remember that I am always with you until the end of time.”

In Luke’s next book, he describes Jesus’ blessing:

Acts 1:8 But you will receive power when the Holy Spirit comes to you. Then you will be my witnesses to testify about me in Jerusalem, throughout Judea and Samaria, and to the ends of the earth.”