Introduction to Christianity with Luke
Chapter 8

Hi, welcome to my Introduction to Christianity with Luke. I’m Brent Clark. In chapter eight, we learn about:

It’s important to see that it wasn’t Jesus and his boys club, but he was supported by women, some of whom were quite influential. 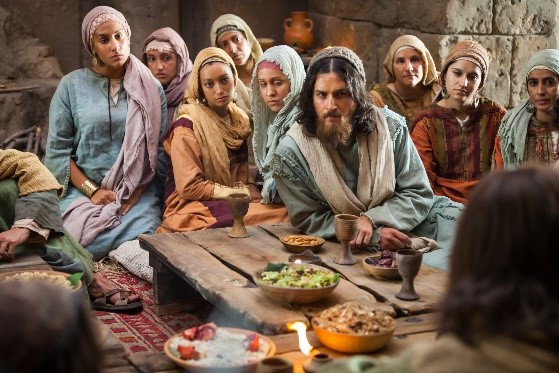 Others have a “moment”, perhaps saying the sinner’s prayer, but never settle into a community of believers.  These never develop roots, and their faith is stillborn.

Others settle into a community of believers, but life just gets too busy for them to really get into and grow as believers.  Eventually their faith is choked out and they walk away.

A few are planted in the good soil of a community of believers.  They are nurtured and grow.  Eventually, they grow to nurture others’ belief and faith. 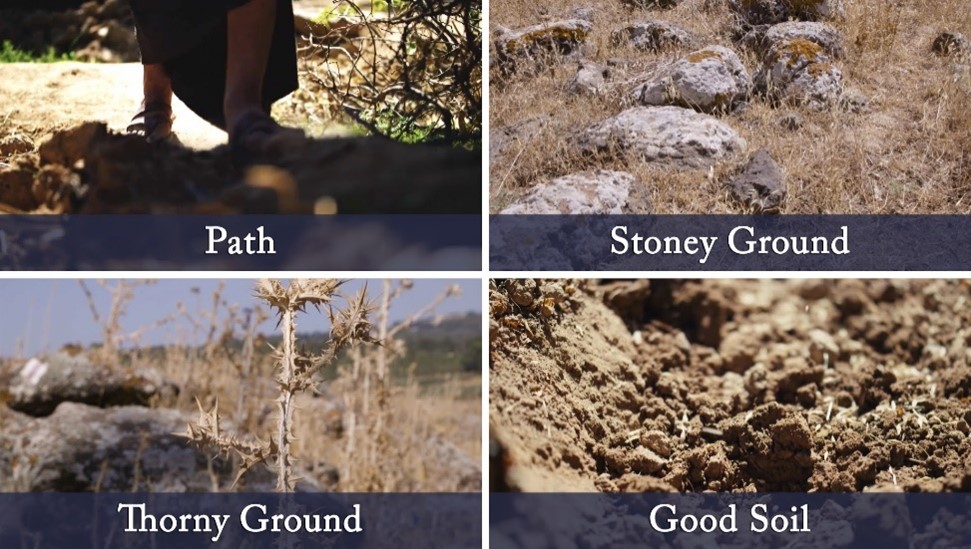 The Christian life begins with hearing the gospel.  This leads to confession that Jesus is Lord and a desire to turn one’s life around.  Then the journey begins in growing as a believer.  The end goal is to be carrying others on this journey.  The Devil seeks to stop each step of this journey.

While this parable is passive.  i.e. the seed lands on a certain type of soil, which leads to a certain outcome.  We need to actively place ourselves in good soil.  We also help make the soil good for those around us.

This is another perspective illustrated by the parable of the Sower.  We are to let our faith shine to benefit those around us. 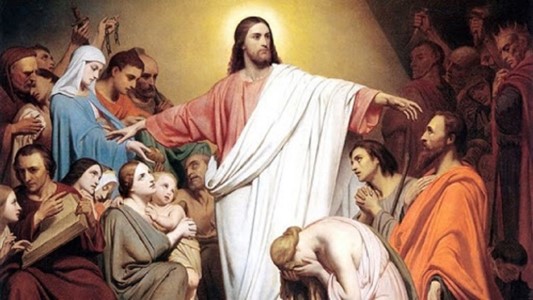 This seems really rude and disrespectful.  But this expresses how, as believers, we’re all family.  Note that Jesus did express love and duty for his family such as:

This reminds me of Jesus’ saying:

Matthew 23:9 And don’t call anyone on earth your father, because you have only one Father, and he is in heaven.

I take this very literally, maybe too far, but my dad understands where I’m coming from, and appreciates me as a brother as well as being his dear son.  Jesus was addressing the religious dudes’ love for titles and recognition, which places them on a pedestal: they think they’re the perfect ones who know God, and the common people are imperfect and incapable of knowing God.  This is dangerous because we’re all fallible humans.

This story teaches us to not be worried when life storms around us.  Jesus is with us and has everything under control.  Even when it seems like he’s sleeping through it.  It shows that Jesus has power over all creation and can intervene to protect his people.

There’s so much in this story, and so many sermons have brought out different aspects and perspectives. Some use this to lecture on demonology and teaching on deliverance (exorcism).

So, this poor dude was a raving lunatic who couldn’t be restrained.  The people were totally freaked out by him.  Then Jesus comes along and causes their pigs to stampede to their deaths, ruining their livelihoods.  They’d had enough of religious dudes condemning them because of their work.  They didn’t understand what had happened beyond the catastrophic, so they demanded that Jesus leave. 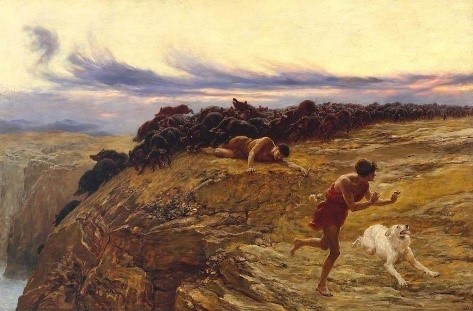 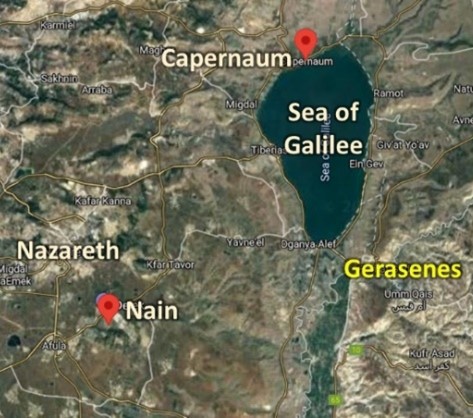 I’m sure this man was so embarrassed about his past, and so enthralled at his miraculous healing, that he wanted to go with Jesus.  But Jesus asks him to stick around.  This would have seemed really difficult, but I think that’s what this man and his community needed.  It would take some time for them to understand the goodness of God having restored their neighbor’s sanity.  It would bring great healing to his family.  No doubt he was walking evidence of God’s love.  Later when Jesus returned to the area, they were delighted to see him. 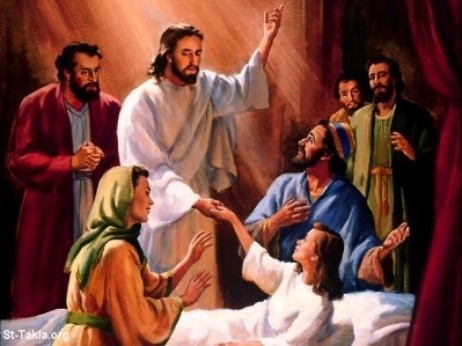 So, an important, godly leader of the community’s daughter is dying.  On his way to help her, he stops to help an outcast woman.  Because of this delay, the girl dies before he even gets there, but when he arrives Jesus says, “don’t worry – she’ll be ‘right”.  And it was so.

We can learn from this that no matter how important our destination might be, we should stop to show God’s love even for the rejects of society.  This woman had been an outcast for decades because of her medical condition.  She didn’t want to make a fuss, “I can just sneak in the crowd and touch his clothes and I’ll be healed”.  But Jesus wanted to make a fuss ;-)  He embraced this dear woman, and affirmed her before her community.

When Jesus got there, he wasn’t going to let death stop him, but turned this around to bring even greater glory to God.

And they all lived happily ever after – well probably not, because this is the real world.  But God’s love and restoration had been shown to the important and unimportant of this community.

Jesus told them not to tell anyone, but in the previous story, he told the guy to stick around and tell everyone.  Sometimes I wonder if Jesus chooses to say either of these just to maximize their natural tendency to blabber their excitement.  But there’s probably more genuine circumstances behind this, balancing the spread of the gospel and protecting the wellbeing of others.  Maybe the attention on the little girl could have been a problem.

Why are pigs unclean?

The law which God gave to Israel through Moses lists things that are clean and unclean. Some for medical reasons and others for ceremonial reasons. Leviticus 13 describes how to identify leprosy and to quarantine suspected cases, also moldy houses, and cloth. Leviticus 15 prescribes precautions for those with bodily emissions, including quarantining. There’s also sacrifices to be made to recognize the cleansing from these.

In Leviticus 11 , there’s a list of animals that are clean and unclean – to eat or to touch their carcasses:

Jews call this kosher, which means proper or acceptable. Following from their pharisaic ancestors, they’ve added a bunch of traditions that aren’t in the Bible in fear of accidentally offending God. They extrapolate from Exodus 23:19’s “do not boil a baby goat in its mother’s milk”, the complete separation of meat and milk to the extent of separate kitchen areas and not eating meat and milk products in the same meal. But this command actually provides an example for the theme of “don’t copy pagan practices.”

Since pigs are the non-kosher meat that’s most commonly eaten by other nations, it’s the greatest insult to Jews. Both the Greeks and the Romans desecrated the altar in the Jewish temple by sacrificing a pig on it. And church history bears unfortunate stories of forcing Jewish converts to eat a ham sandwich to prove they’ve stopped being jews. Christians aren’t required to eat kosher, but this is allowed. In fact we don’t have to follow any of the laws given through Moses, although they form a basis of western counties’ laws.

Many think that the kosher food rules are for health reasons. However, chickens are clean, and pigs are unclean. Both can transmit nasty diseases to people such as bird flu and swine flu, and their meat can carry salmonella, which causes severe diarrhea and stomach cramping.

The Epistle of Barnabas is an early Christian writing, which allegorizes the animals mentioned in the food laws with symbolism. While this letter may contain dubious theology, it reveals a fascinating perspective in chapter 10:

2He also told them in Deuteronomy, “I’ll make a contract with this people with these requirements.” So, this isn’t a commandment of God about what shouldn’t be eaten, but Moses spoke in spirit.

3So, here’s why he mentioned the pig: Don’t associate with people who are like pigs. When they’re satisfied, they forget the Lord, but when they want something, they remember him. The pig doesn’t recognize his owner when it’s eating, but when it’s hungry it cries out. Then when it’s got food again it’s silent. 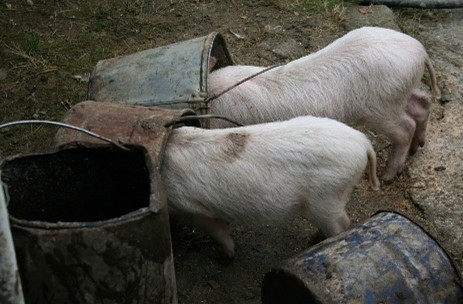 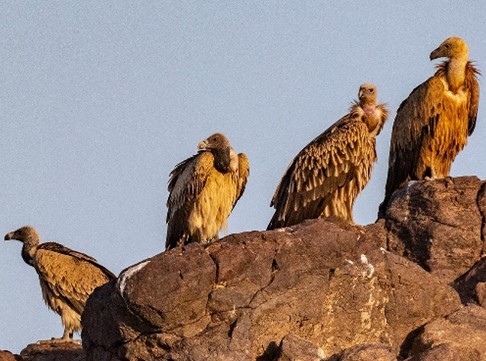 4“Don’t eat eagles, falcons, kites, or crows.” He’s saying, don’t associate with or be like people who don’t know how to provide food for themselves by hard work, but they dishonestly take what belongs to others, and act innocently while they watch and look for someone to rob in their greed. These birds are an evil plague who don’t provide their own food but sit around doing nothing, looking for how they can eat food that belongs to others.

5He said, “Don’t eat eels, anemone, or squid.” He means, don’t become like people who are desperately wicked, and already condemned to death. These creatures are destined to swim in the depths, not swimming on the surface like the rest, but living on the ground at the bottom of the ocean. 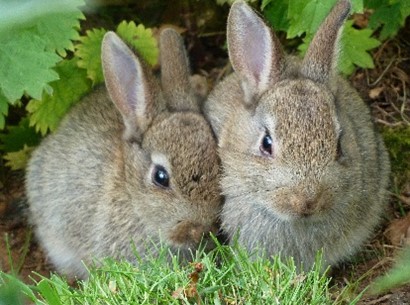 6“Don’t eat rabbits”. Why? Don’t be a pedophile or become like them. The rabbit has a different mate every year. For every year it lives, it gains another sexual partner.

7“Don’t eat the hyena.” He’s saying, don’t have sex outside of marriage. Don’t even arouse such suspicions. Why? Because this animal changes its sex from year to year, sometimes being male and other times female. 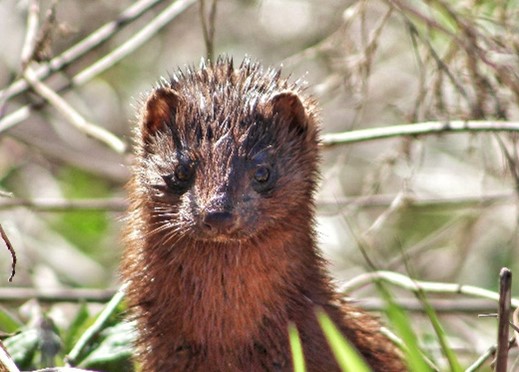 9Moses understood three things about food and spoke in a spiritual sense but the Jews understood this physically about what should be eaten.

10David also understood the same three things, and said, “Blessed is the man who doesn’t listen to the ungodly (like bottom-dwelling fish who live in darkness) and hasn’t followed the way of sinners (like those who pretend to fear the Lord but sin like pigs) and hasn’t sat with the destroyers (like birds of prey). You now have the complete lesson about eating. 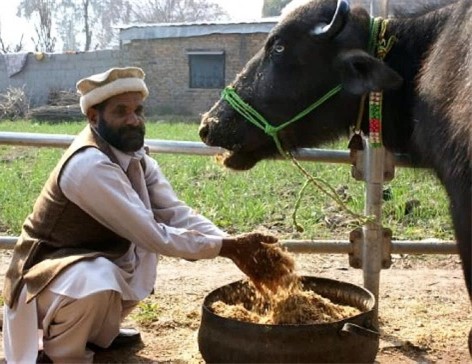 11Moses said, “You can eat anything with split hooves that chews the cud.” What did he mean? When they receive food, they appreciate its provider, and when they’re refreshed, they’re happy and delighted in him. He spoke well concerning the commandment. But what did he mean? Spend your time with those who fear the Lord, with those who meditate in their heart on the significance of the word which they’ve received, with those who teach the Lord’s will and practice what they preach, with those who know the pleasure of meditating and chewing the cud of the word of the Lord. But what about the split hoof? The righteous man walks in this world, but at the same time looks forward to the holy world to come. You see what a wise lawgiver Moses was.

Well, that’s really fascinating. Although I’m not a fan of teachers who say the Bible doesn’t mean what is read at face-value, which is a root of a lot of bad teaching. God gave the Jews rituals to practice, to reveal spiritual concepts to the whole world. When reading the Bible, we encounter history. But that history carries lessons, images of the spiritual reality, and echoes of what will happen in the future. As we read God’s word, God speaks into our heart, often something quite unrelated to what we’re actually reading. Often, it’s hard to read the Bible, because we get distracted, but often this is God talking with us about what’s going on, and our hearts pouring out to him what we’re going through. 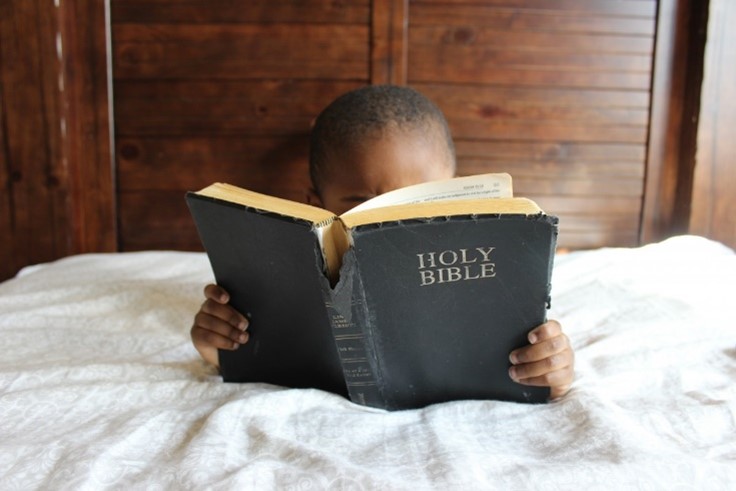 Dear Lord Jesus, I thank you for being with us during this session. I think you that you’ve place good people around us to provide for us. I thank you that you are like the farmer and have planted us in good soil so that we will grow and produce a lot of fruit. Thank you that you have control over demons, sickness, and even death where you raised that little girl. And I thank you for the interesting lesson that is represented through clean and unclean animals and those that we should not be like, and those that we should be like. So bless us, I pray, in Jesus' name. Amen.