Introduction to Christianity with Luke
Chapter 17 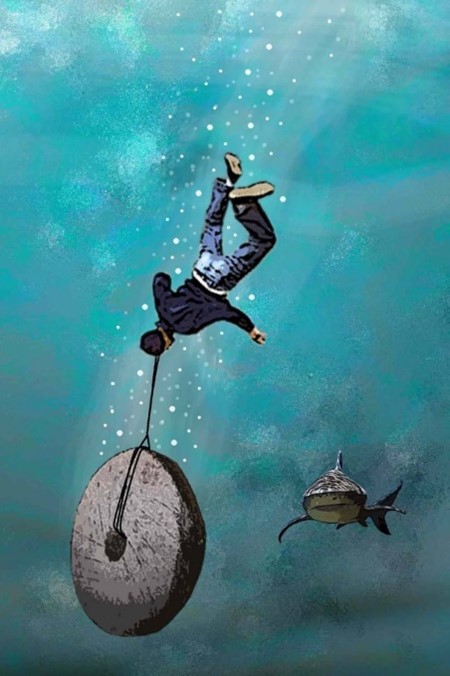 This isn’t pretty stuff.  We must be very careful that our actions lead people towards godliness, rather than cause people to lose faith.  We think of pedophile priests as an obvious example of this.  Many are quick to denounce others for the horrible things they do, but such examples should remind us of our own sinful potential and warn us that we too could fall into temptation in one form or another.

If we see a fellow believer falling into temptation, we should gently and humbly show them how they are diverging from perfection.  If they listen, good.  If not, we’ve done our part and cannot be judged an accessory to their sin.

I love Matthew’s version of this:

Matthew 17:20 … If your faith is the size of a mustard seed, you can say to this mountain, ‘Move from here to there,’ and it will move. Nothing will be impossible for you.”

My geeky nature has always wondered if faith were like antimatter the size of a mustard seed, reacting with normal matter to cause an explosion, using E=MC2, how large a mountain could it throw at a distance.

A mustard seed weighs 2mg. So, that much antimatter would combine with that much matter to be converted into energy:

So, if my calculation is correct, the explosion of a single antimatter mustard seed would produce as much energy as 300Kg of TNT – enough to throw a boulder.

Anyway, I don’t think Jesus intended us to go down an ultrageek rabbit-trail.  His point is that even a tiny amount of faith can do great things.  It would seem that faith is far more powerful than an antimatter nuclear explosion.

Jesus then goes on to show how we have all the authority we need.  But then we are his servants, so our authority is only powerful when it is under his authority.  When we’ve done our work, we’ve merely done our duty.  In other cases, Jesus talks about how servants who have not done their duty will be punished – that is those who do not submit to and seek his will, such as those who prefer to follow rules instead. 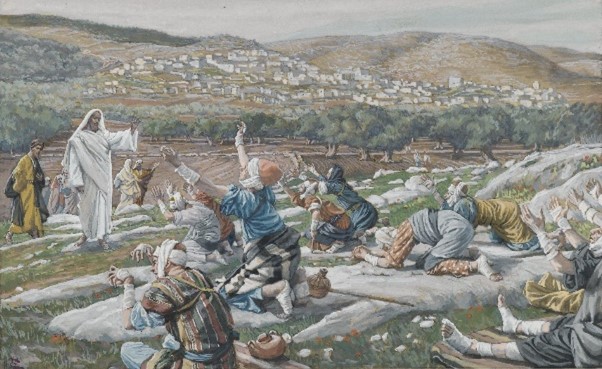 Of the ten men who were healed, only one foreigner came back to thank Jesus.  It seems that the others just took God’s power for granted out of a sense of entitlement.  Only this foreigner appreciated how special this was.  As he expressed his genuine gratitude, Jesus affirmed that his Faith had made him well.  This reflects how the Jews rejected their Messiah, but us dirty pagans have embraced God’s gift to the world.  But one day Israel will say “blessed is he who comes in the name of the Lord”, then Jesus will return.

The Pharisees had a twisted theology that expected a Messiah to arise as a great general who would overthrow and conquer the Romans and make the Jews rule the world.  But God’s kingdom isn’t something that can be naturally perceived around us.  It’s certainly not about dominating the world around us for our own prosperity.  It’s carried in our hearts which are changed to want those around us to prosper.

The Pharisees looked for a conquering Messiah – according to the prophets.  But they rejected the Messiah who would suffer for our sins.  We see the same thing today: people preach about Jesus’ coming to overthrow evil; but are not overthrowing their own evil of not teaching others to be Jesus disciples.  There’s so many preaching “The end is nigh!”, but Jesus warns us not to follow them.  His return will be obvious when it happens.  Before then, life will go on – as it did for Noah’s and Lot’s generation.  Many reject the historicity of Noah’s flood and the destruction of Sodom and Gomorrah, and thereby reject God’s future judgement of this world.  Others are so deluded by their own self-righteousness that they will face sudden destruction. 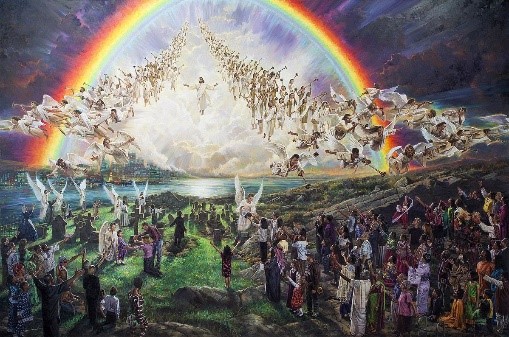 From verse 34, Jesus talks about the Rapture.  As when Enoch and Elijah were taken to live in Heaven, we expect a future gathering of faithful believers, leaving the unfaithful behind to endure the Apocalypse.  This will take one person and leave their mate behind.  This is a sobering reminder that our lives could end at any moment, after which we will face judgement.  For those left behind, there will be great trouble as God judges the world, but many will turn to God.  At the end of the Apocalypse, Jesus will return with his saints to govern the world for 1,000 years.

If you want to know more, you can read my book “What does the Bible say about the future?”  It’s a huge topic, fraught with misinformation, which distracts many away from making disciples.  It’s really important to balance this with core Bible study, and be wary of people’s speculations, which have led many astray.  It may be best to start with the videos at the bottom of https://bretanark.com/Books.