Introduction to Christianity with Luke
Chapter 22 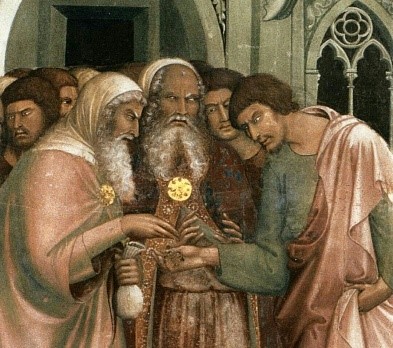 The Jewish year began around the Spring solstice on the 21st March.  These three festivals were:

It’s during the first of these festivals that Jesus became the Passover lamb. 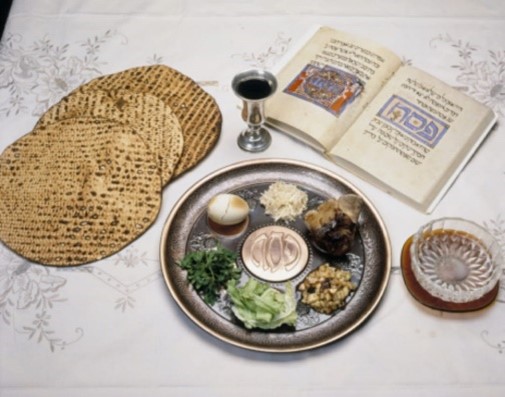 Passover Exodus 12 remembers the night God freed the Israelite slaves from Egypt.  I recommend watching The Prince of Egypt to get up to speed on this time that’s described in Exodus 1-15.

The movie, The Messiah, Prophecy Fulfilled depicts an early Christian returning to his family to celebrate Passover.  As their traditions unfold, he shows how they tell the story that Jesus fulfilled. 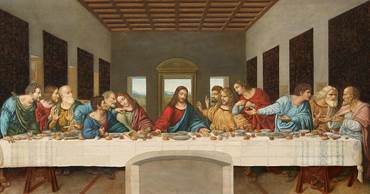 Churches reenact this part of the “Last Supper” in what’s called communion.  Although this can be done quite differently, we share this moment across time and cultures, together as Christ’s body.

I’ve produced a video and study on Communion covering its background and prophetic significance.

Psalm 41:9 Even my closest friend whom I trusted, the one who ate my bread, has lifted his heel against me.

You’ve just gotta love these guys – they’re just like us.  If you want to be a great Christian leader, you must serve many people – not be served by many people.  By this you’ll earn the right and ability to govern in Jesus’ future kingdom.

This reminds me of the Queen’s attitude of living to serve the British Commonwealth – even decades beyond the normal age of retirement.

Jesus knew the scripture about his betrayal.

Zechariah 13:7 “Arise, sword, against my shepherd, against the man who is my friend,” declares the Lord of Armies. “Strike the shepherd, and the sheep will be scattered. Then I will turn my hand against the little ones.”

From this verse, he knew that his disciples would all abandon him that night.

Jesus told his disciples to sell their cloak and buy swords so that Isaiah 53:12 would be fulfilled.  This verse is often taken out of context to justify deadly force in self-defense. 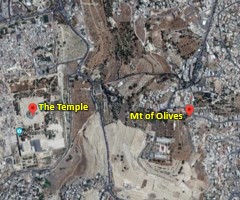 The Mt of Olives is just over the valley overlooking the temple.

Isaiah 50:5 The Almighty Lord will open my ears. I will not rebel, nor will I turn away [from him].

His sweat being like blood is a rare medical condition called hematohidrosis, which is experienced under extreme stress such as before a battle.

The typical human reaction is to defend one’s self as the disciples started hacking around with their swords.  Jesus’ reaction is an amazing contrast - that even at his arrest, he’s healing people.

John 18:6 When Jesus told them, “I am he,” the crowd backed away and fell to the ground.

Psalm 27:2 Evildoers closed in on me to tear me to pieces. My opponents and enemies stumbled and fell. 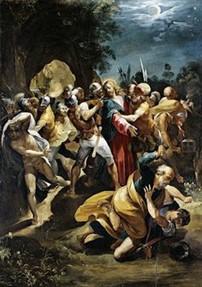 In spite of Peter’s good intentions, he was overcome with fear and denied his closest friendship.  It’s reassuring that we’re in good company.

After Jesus’ resurrection, in John 21:15-18, Peter is saddened when Jesus asks him a third time, “Do you love me?”, as he remembers his denial.  But Jesus restores Peter for each time he denied knowing him.  In the same way, Jesus continues to forgive us and restore us to do his work. 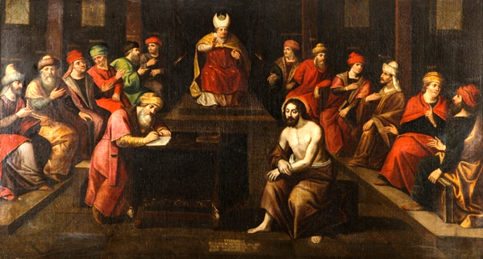 This gathering of the Jewish council fulfils

Psalms 2:2 Kings take their stands. Rulers make plans together against the Lord and against his Messiah

Jesus’ answer reminds me of when they asked where his authority comes from in Luke 20.  When Jesus responded with the question of where John’s authority came from, they refused to answer.  He then refers to

Psalms 110:1 The Lord said to my Lord, “Take the honored position—the one next to me [God the Father] on the heavenly throne until I put your enemies under your control.”

When asked if he’s the Son of God, he responds with, “You said it”.  It seems they didn’t like what they said.