Introduction to Christianity with Luke
Chapter 15

In this chapter Jesus tells three stories to demonstrate God’s joy, which is shared with the angels when a person returns home to him.  The motivation for these stories was the religious dudes’ disapproval of Jesus hanging out with sinners. 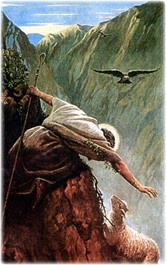 Jesus explains, it’s like a shepherd who leaves the flock in safety to go and find the one that’s wandered off and gotten lost.

Retellings of this story have acquired lots of imagination and embellishment of the precarious situation this lost sheep got into.  It all makes for a great story.  We’re often like sheep, and wander off into some dangerous place, getting caught up in some weird teaching, or just being lured by temptation.  The Good Shepherd doesn’t say “Oh dear, how sad, I still have ninety-nine, never mind.”  No!  He leaves his flock in their safe place and searches everywhere for his lost sheep.

Typically, the story gets so carried away with that aspect, that the common theme of these three stories is overlooked.  When God reconnects with that lost sheep, there’s a party in Heaven.  Considering how many people there are who turn to God, and then how often we get lost and come back again, there must be a lot of partying in Heaven ;-). 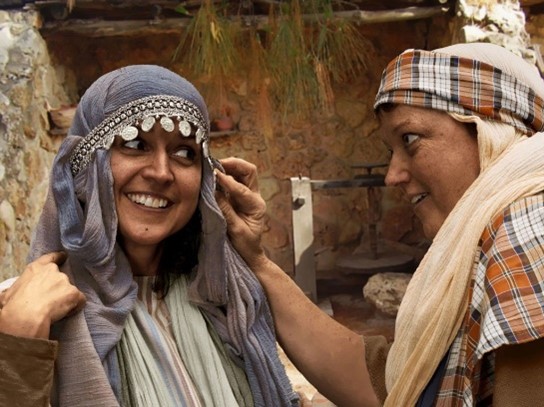 I understand that in that culture, women wore precious coins as jewelry and a status symbol of being married to a prosperous man who provided for her.  I imagine her discovering one is missing, and freaking out like a woman losing her wedding ring.  It’s so obvious when one’s missing – particularly just above the left eye.  Everyone will see how negligent she is toward her husband’s provision.  She certainly can’t expose herself in public like that.  Maybe she texts her closest friend to express her distress.  She calms down, wipes away enough tears to she can see the broom, then spring cleans the entire house.  When she finds that coin, she’s so relieved she posts all about it on Facebook and announces a party at her house tonight.  She says, “well I might as well make use of the moment when I’ve finally got the house clean to have people over” ;-).

Ok, so now I’m embellishing and totally mixing up cultures and times, but it’s fun.  The point is when we stray from God, he’s distressed.  He’s not worried about the other coins that he knows are safe, but he doesn’t stop searching for the lost one until we’re found.  Then it’s party time in Heaven again.

This story is the climax of Jesus’ lesson.  The two previous stories are a warm-up to this grand finale – one of the most popular parables.  Our pets are important, so’s our wedding ring.  But our children are among the most important things in our lives.

There’s so many retellings of this story, such as this video, where adults reenact kids telling the story.  These videos are so cute.

So, there’s two sons.  The youngest requests his inheritance, sort of saying to his dad, “I wish you were already dead”.  He then goes off and squanders his inheritance as a party boy.  When it’s all gone, after bumming it on the street for a bit, he gets a job feeding pigs (Remember they’re the most offensive animal to a Jew).  Due to the famine, he’s so hungry he wants to faceplant in the feed trough with them.  Then it hits him: his dad’s slaves are better off than he is.  Perhaps his dad might buy him.  When his dad sees him, he’s so excited he pulls up his robe and exposes his legs like a madman and runs to hug his dirty, smelly son, and restores him.  Meanwhile the other son, who’s been diligently slaving away at the family business, returns home to a party.  He’s astonished to find out it’s because his good-for-nothing traitorous excuse for a little brother has returned home.  The Father’s reassurance seems lost on him.

While this story expresses God’s love for his children, his delight when we come to our senses and return home to him, and more parties in Heaven, another aspect is often overlooked.  For millennia, the Jews had been slaving away at keeping God’s rules, while the other nations have been polluting the Earth with wild living and acting the whore with idols and false gods.  Jesus’ death and resurrection have opened the way for everyone to return home to God and get cleaned up.  But when the Pharisees see this, they react with jealousy and refuse to come to the party.  God so delights in all of his children who return to him.  It doesn’t matter what they did.  God’s lost child is back.  It’s time to party in Heaven!