Introduction to Christianity with Luke
Chapter 18 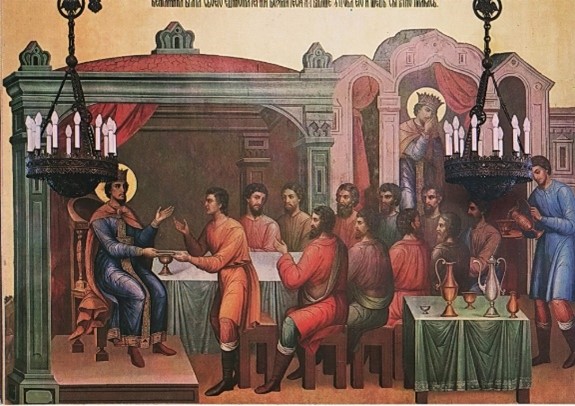 This reminds me of

Even though people are imperfect and selfish, they’ll give in to your persistence.  This teaches us to be persistent with God.  Jesus guarantees he’ll give them justice quickly.  But will there be any who have faith in this guarantee when he returns?  People don’t ask God for a miracle because they don’t have faith.  This really challenges me since I don’t perfectly walk in this attitude.  It’s not that God’s incapable, I just don’t have faith enough to ask him for everything. 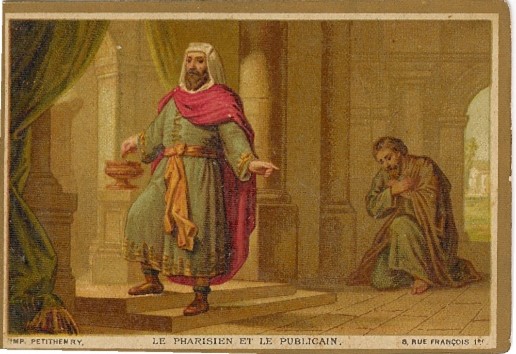 While we’re talking about prayer, Jesus warns us that God doesn’t respond because of how good we are, but because of our admission of being incapable of helping ourselves.

Confidence in our own righteousness is pride, which causes us to despise God’s precious children who don’t look so perfect.  As long as we have such attitudes, our theology’s out of whack.  Thinking we’re good enough for God makes us obnoxious in his eyes and unworthy of his forgiveness.

This reminds me of something that Chuck Missler said, 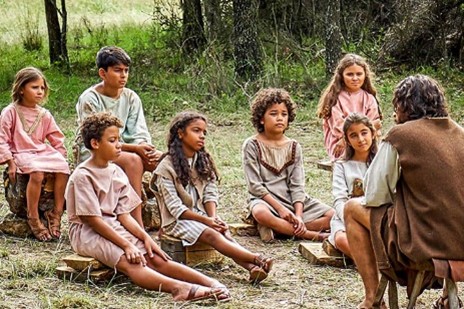 As we’re educated, we’re taught to understand the world solely in terms of what we can perceive naturally.  This conditions us to reject the supernatural dimensions.  Kids innately believe in God but lose this with “education” and with the hard knocks of life in an imperfect world.

While I spend a lot of time in academic arguments in support of the truth of the Bible, the ultimate answers come through connecting with the supernatural dimension.  Defending the truth of God’s word merely helps break down conditioning against the supernatural.  In the end we need to let go of trying to understand everything through natural perception, as is natural for kids.  Then we can get to know God as our Father, who loves us and wants nothing more than to be with us.  To achieve this, he even sent his only son, Jesus, who was perfect, to die for us.

In ancient Israel, they’d lock up the big city gates at night, but leave a small gate for individuals to come through.  If a traveller arrived after dark, the only way they could enter the city would be if they unloaded their camel and brought it through on its knees.  I’ve heard this little gate was called “the eye of a needle”.

There’s hundreds of prophecies in the Old Testament about the coming Messiah.  Usually, prophecies are hard to make perfect sense of before the event, and even after, some still aren’t clear.  In hindsight, Jesus fulfilled dozens of prophecies about God being born to a virgin and suffering for our sins.

Isaiah 7:14 So the Lord himself will give you this sign: A virgin will become pregnant and give birth to a son, and she will name him Immanuel [God Is With Us]

Daniel 9:26 But after the sixty-two sets of seven time periods [~32AD], the Anointed One will be cut off and have nothing. …

Psalm 22 describes his feeling of abandonment on the cross.

But many more prophecies describe a conqueror who will destroy Israel’s enemies and establish an eternal kingdom.  The self-righteous religious dudes saw this as a promise of their world domination.  Those other prophecies were disregarded. 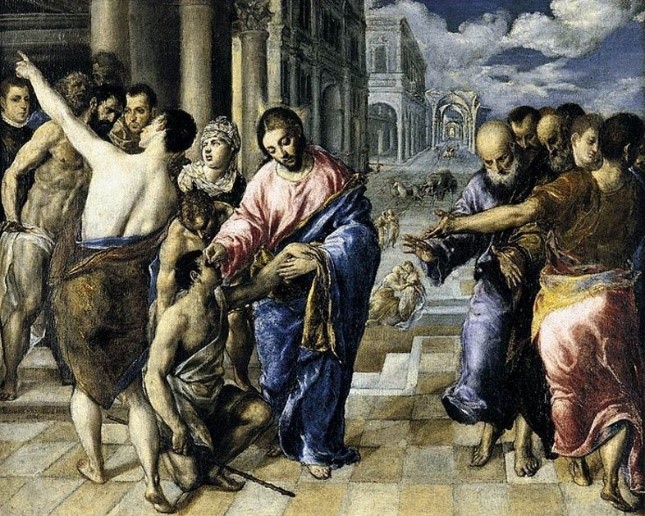 After telling the discipled about his coming execution, this blind guy causes a stir as Jesus is passing by.  He knows Jesus is the “Son of David”, which is a title of the coming Messiah.  As his eyes are opened to this spiritual reality, his faith heals his physical eyes.  However, many who see in the natural remain blinded to the supernatural.