Introduction to Christianity with Luke
Chapter 21 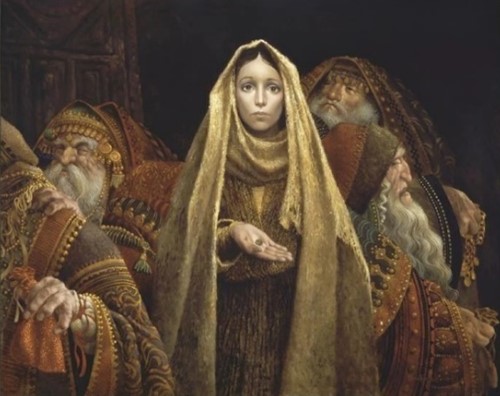 We shouldn’t worry about how little we have to give.  God doesn’t need our money.  He created the entire universe out of nothing.  Instead, we give to God to remind ourselves that God is more important than money.  In this widow’s case, God was all she had to live on. 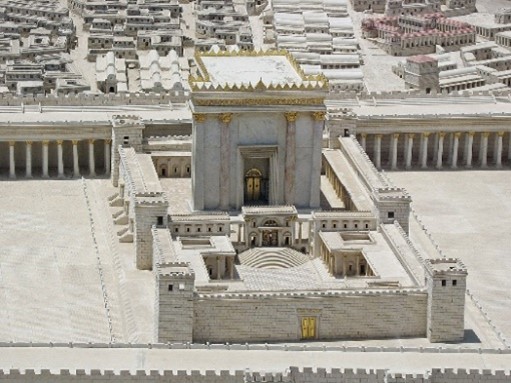 When the disciples remarked about how majestic the temple was, Jesus saw how it was so full of sin, that it must soon be destroyed. 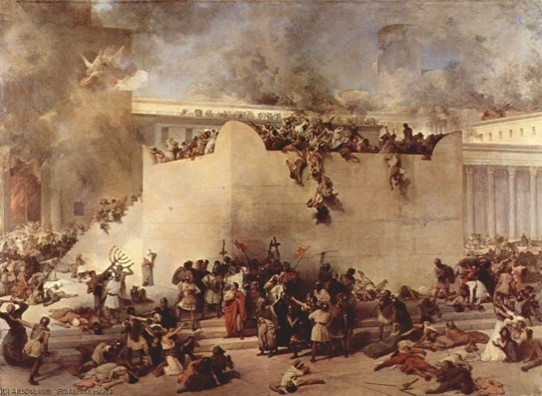 This happened 40 years later.  In 70AD, the Romans surrounded Jerusalem and destroyed it. 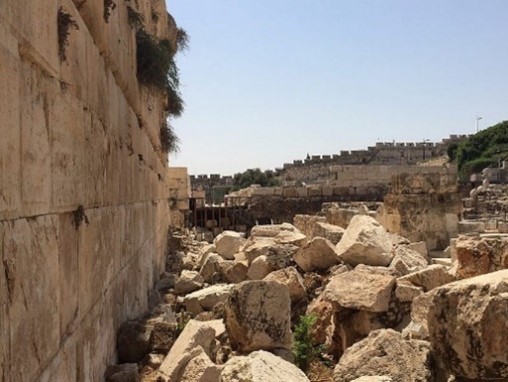 The stones are still lying at the base of the temple walls today.

The disciples asked Jesus when this would happen.  His response doesn’t just cover the destruction in 70AD.

There’s many theories and speculations on end times.  While Jesus fulfilled hundreds of verses of prophecy with his first coming, there seems to be ten times more written about his second coming.  I’ve written a book on the subject, which begins with Jesus’ advice:

8Jesus said, “Be careful that you are not deceived. Many will come using my name. They will say, ‘I am he!’ and ‘The time is near.’ Don’t follow them!

Since forever, people have been claiming to speak in God’s name, saying that the end is nigh.  So far, they’ve been wrong, and they’ve led many astray and into destruction.  So be really careful not to get distracted by the latest hype.

I favor a theory that the six days of creation followed by a day of rest lay out the past 6,000 years since, and a thousand yet to come when the Earth will rest under Jesus’ rule.  My research indicates that this begins around 2075, but there’s many reasons this could be wrong.  The main reason I say this is to argue that the end is still probably not nigh.

In this chapter, Jesus talks about the destruction of Jerusalem in 70AD, but also the Apocalypse, which might kill 90% of the world.  This starts with a 7-year peace treaty with Israel, which will be betrayed after 3.5 years when the world emperor will assert that he is God.  This Antichrist will suddenly rise to power by a 10-nation empire around the Mediterranean including Egypt.

To understand this chapter, consider this timeline:

10-11. describes the Apocalypse, which is also called the Tribulation.

12-19. Before that, Christians will be persecuted.  We shouldn’t worry about what to say at our court hearing, because the Holy Spirit will inspire what comes out of our mouths to provide irrefutable witness to the goodness of God.

20-23. describes the destruction of Jerusalem in 70AD, but potentially parallels the middle of the Apocalypse.

25-26. describes the Apocalypse and maybe before.

27. describes Jesus’ return at the end of the Apocalypse.

28. so when you see the Apocalypse, know that Jesus is soon returning.

29-31. the Apocalypse will be clear sign of Jesus’ soon return – just like the flowing and budding of fruit trees signifies that summer’s coming.

32. the Apocalypse will be terrible, but some will survive.

33. At the end of Jesus’ 1000 year-reign, this universe will be destroyed and replaced with a perfect, eternal one.

While I’ve researched this extensively, this verse says my timing’s wrong.  So, it’s important to stick to doing God’s work of making disciples and focus on spending time with God and studying his Word.  Many believe that God will rapture dedicated Christians from the world before the Apocalypse.  That might be what Jesus means about praying that we have the power to escape is.