Introduction to Christianity with Luke
Chapter 23 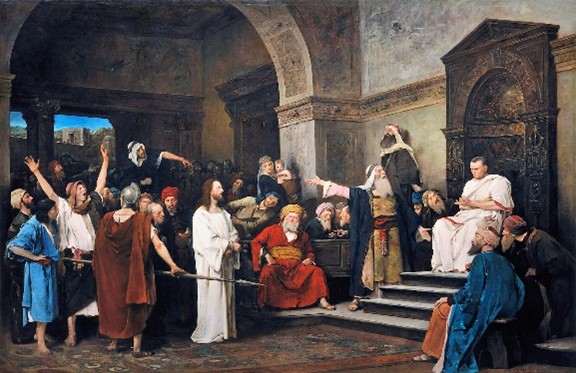 Herod was the puppet king over the Jews, although he wasn’t even Jewish by birth.  Again, Jesus is found not guilty of usurping the government.

I find it curious that Jesus is flogged, although he was found not guilty.

The treatment of Jesus was described by Isaiah around 700BC.

Isaiah 50:6 I will offer my back to those who whip me and my cheeks to those who pluck hairs out of my beard. I will not turn my face away from those who humiliate me and spit on me.

And by Jesus’ ancestor, King David around 1000BC:

Psalms 22:12 Many bulls have surrounded me. Strong bulls from Bashan have encircled me. 13They have opened their mouths to attack me like ferocious, roaring lions.

There was a custom for the governor to set a prisoner free at Passover.  The religious dudes incited the crowd to demand a murderous revolutionary to be set free, and demand that Jesus be crucified. 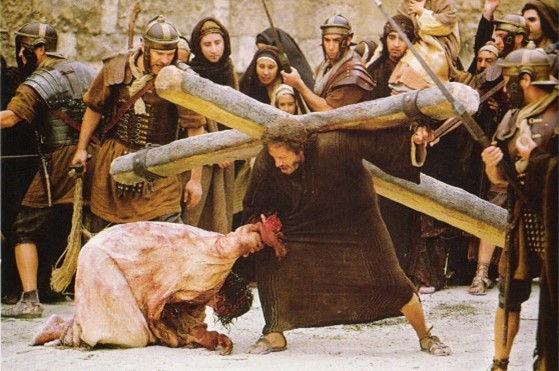 As the women mourn over Jesus’ horrific condition and imminent crucifixion, Jesus warns them of the coming destruction of Jerusalem 40 years later. 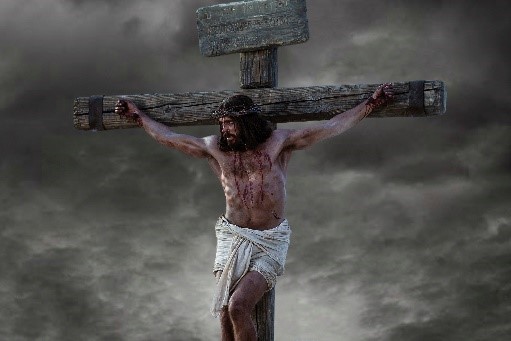 Psalms 22:18 They divide my clothes among themselves. They throw dice for my clothing.

This song describes feelings, which Jesus personified during this time.

Isaiah 53 describes Jesus’ crucifixion:  Although he didn’t look particularly special, he was perfectly innocent.  But he was rejected by his people, unjustly punished for our sins, yet he didn’t complain.  Through his suffering he restores many people to God.

When the people say

Psalms 22:8 “Put yourself in the Lord’s hands. Let the Lord save him! Let God rescue him since he is pleased with him!”

This song goes on to describe the crucifixion in forensic medical detail:

Psalms 22:14 I am poured out like water, and all my bones are out of joint. My heart is like wax. It has melted within me. 15My strength is dried up like pieces of broken pottery. My tongue sticks to the roof of my mouth. You lay me down in the dust of death.

The Jews referred to non-Jews as dogs.  Jesus was surrounded by soldiers, who behaved like a pack of wolves circling their prey.

Psalms 22:16 Dogs have surrounded me. A mob has encircled me. They have pierced my hands and feet. 17I can count all my bones. People stare. They gloat over me.

The nails of crucifixion were through the hands and feet. 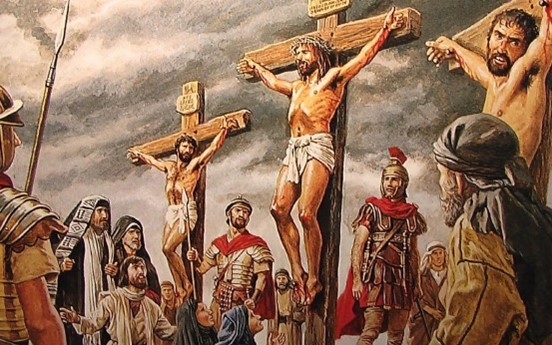 This story demonstrates the simplicity of righteousness.  We are not right before God because of anything we do, but purely because we believe in the savior, Jesus.  We don’t have to be baptized, take communion, speak in tongues, go to bible college, or do anything else. This convict realized his own sin, and Jesus’ innocence, and suffering in his place.  He asked Jesus to remember him.  Jesus’ response was prophetic.

Usually, it took days to die from crucifixion, but these guys were rushed through. Because of the following holy day, they smashed the convict’s legs, so they couldn’t lift themselves on their nailed feet to breath, so they’d soon suffocate.  Jesus’ legs weren’t broken because he was already dead.

Psalms 34:20 The Lord guards all of his bones. Not one of them is broken.

Instead, the soldiers shoved a spear into his heart.

John 19:32 The soldiers broke the legs of the first man and then of the other man who had been crucified with Jesus.  33When the soldiers came to Jesus and saw that he was already dead, they didn’t break his legs.  34However, one of the soldiers stabbed Jesus’ side with his spear, and blood and water immediately came out.

Zechariah wrote about this around 500BC.

Zechariah 12:10 I will pour out the Spirit of blessing and mercy on David’s family and on those who live in Jerusalem. They will look at me, whom they have stabbed. Then they will mourn for him as one mourns for an only son, and they will cry bitterly for him as one cries for a firstborn son.

The Roman chronicler, Josephus recorded how the temple curtain was split in two from top to bottom.  This curtain was so heavy it would require teams of horses to rip it like this.

Jesus quotes the beginning of Psalm 22:

Matthew 27:46 About three o’clock Jesus cried out in a loud voice, “Eli, Eli, lema sabachthani?” which means, “My God, my God, why have you abandoned me?”

As Jesus dies on the cross, he gives up his body to death, and trusts his Father to take things from here.

Psalms 31:1 I have taken refuge in you, O Lord. Never let me be put to shame. Save me because of your righteousness. 2Turn your ear toward me. Rescue me quickly. Be a rock of refuge for me, a strong fortress to save me. 3Indeed, you are my rock and my fortress. For the sake of your name, lead me and guide me. 4You are my refuge, so pull me out of the net that they have secretly laid for me. 5Into your hands I entrust my spirit. You have rescued me, O Lord, God of truth. 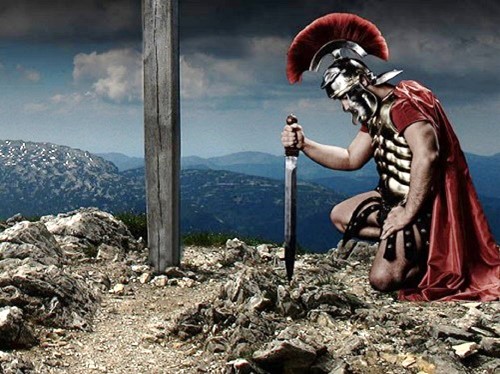 This centurion was a professional.  He’d killed men in battle, and policing the populous, and he’d overseen many executions under his command.

But Jesus was different. 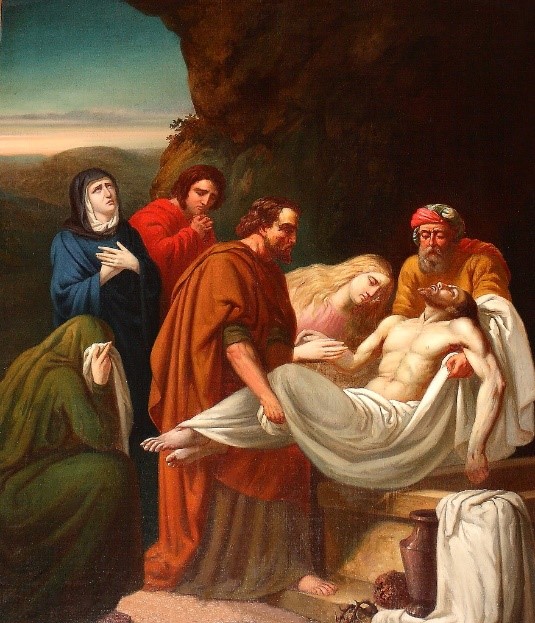 Being placed in a rich man’s tomb fulfills Isaiah’s prophecy.

Isaiah 53:9 He was placed in a tomb with the wicked. He was put there with the rich when he died, although he had done nothing violent and had never spoken a lie.

But that’s not the end of the song, which foretells of the spread of Christianity.

Psalms 22:30 There will be descendants who serve him, a generation that will be told about the Lord. 31They will tell people yet to be born about his righteousness - that he has finished it.