Introduction to Christianity with Luke
Chapter 2

Hi, welcome to my Introduction to Christianity with Luke. I’m Brent Clark. In chapter two, we learn about: 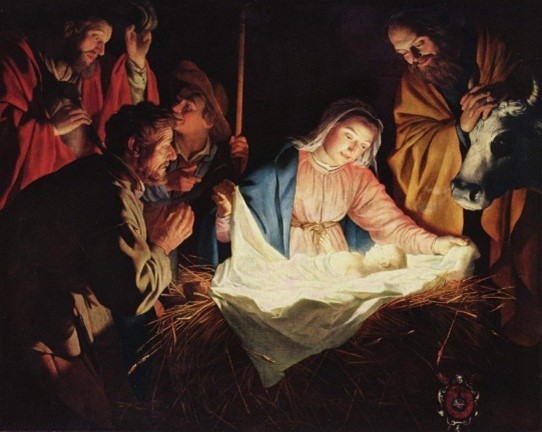 Jesus’ birth date isn’t stated in the gospels.  The year is even uncertain.  The 25th of December probably isn’t it, but Christians had been celebrating then at least decades before the Romans moved Solar Invictus to that date to distract from the growth of this new religion.

Sometimes, the 25th of December coincides with the Jewish festival of Hanukkah, which remembers the Maccabees overthrowing the Greek occupation around 200BC and cleansing the temple from defilement.  This is recorded in the Book of Maccabees, which has been included as extra reading (Apocrypha) in various Bibles.

It’d take 33 hours to walk around 157km from Nazareth to Bethlehem, so probably about 4 days. 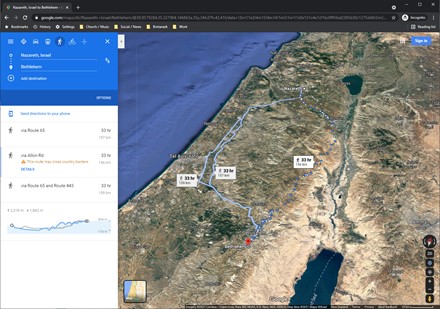 Luke 2:8-20: The news is announced to shepherds 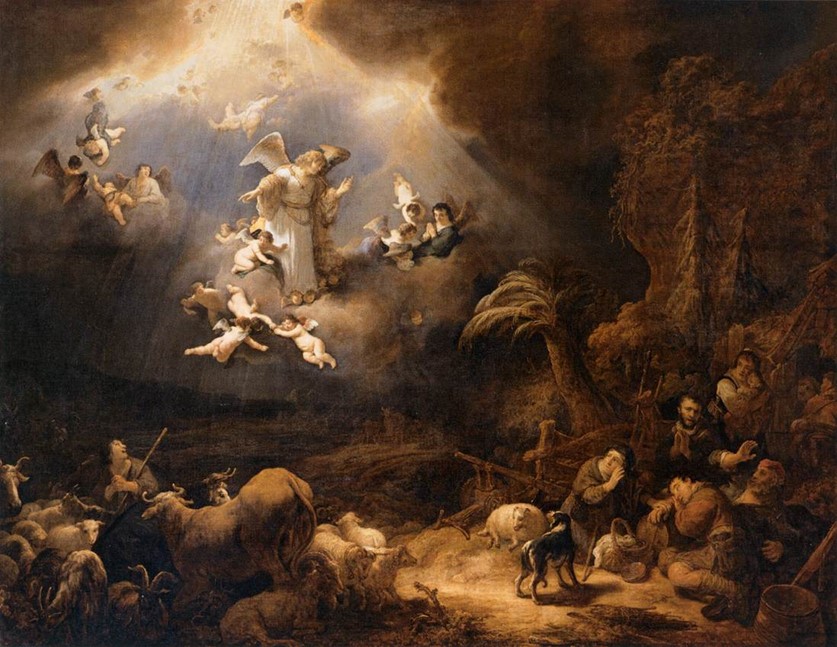 Note that the classic nativity scene is just all the actors from the play bowing at the end of the Christmas production.  The angels and Magi (kings) weren’t at Jesus’ birthplace, and no stable is mentioned, nor a donkey, nor a T-rex, but that kid sure looked cute 😊.

The Magi came probably two years later – according to Julius Africanus’ account around 200AD https://youtu.be/RpOV9KrEKiA. The text is available under this PDF file from page 128 (p134 of the pdf)

I picture an insignificant village, that was overrun with King David’s descendants who had to be there for the census.  There really wasn’t any room anywhere, so many camped out in the village square like refugees.  In this crowded scene, the new parents did their best to make a cradle out of an animal feed trough.

As with John, Jesus was circumcised on the 8th day.

When Jesus was 40 days old, Mary’s ritual uncleanness from Leviticus 12:2-8 was over, and they popped over the hill to Jerusalem to present him at the temple.

The ritual required a lamb to be sacrificed and a pigeon or dove.  But poor people would offer two pigeons or doves.

Simeon was an old guy who had a personal relationship with God.  He was delighted to meet the baby Jesus. He’d studied the prophecies all his life and was told by God that he’d see the one who would fulfill his ancient promises. 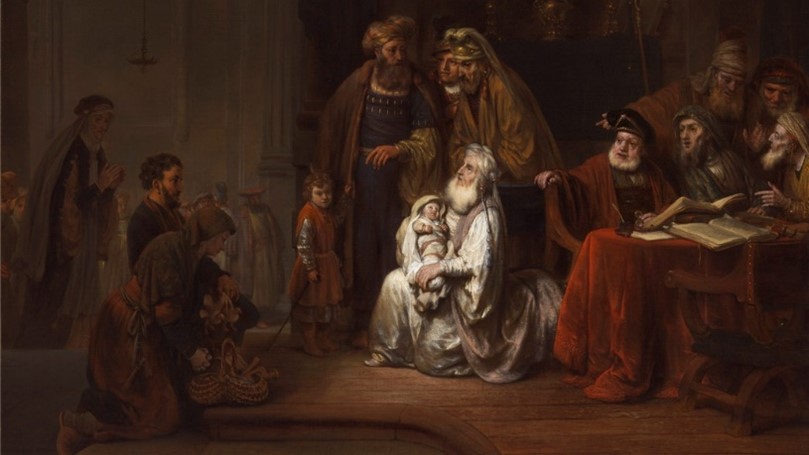 God’s quite happy to appoint women as ministers.  Being a minister isn’t about being a boss but being a servant and mediator between God and the people.

Anna was from the tribe of Asher, who was one of the 12 sons of Jacob whom God renamed Israel. 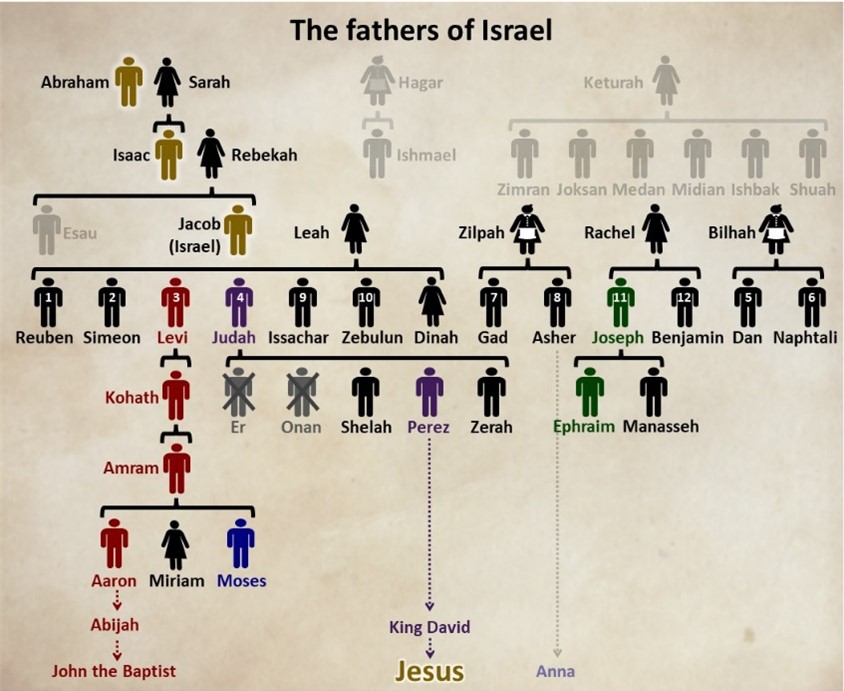 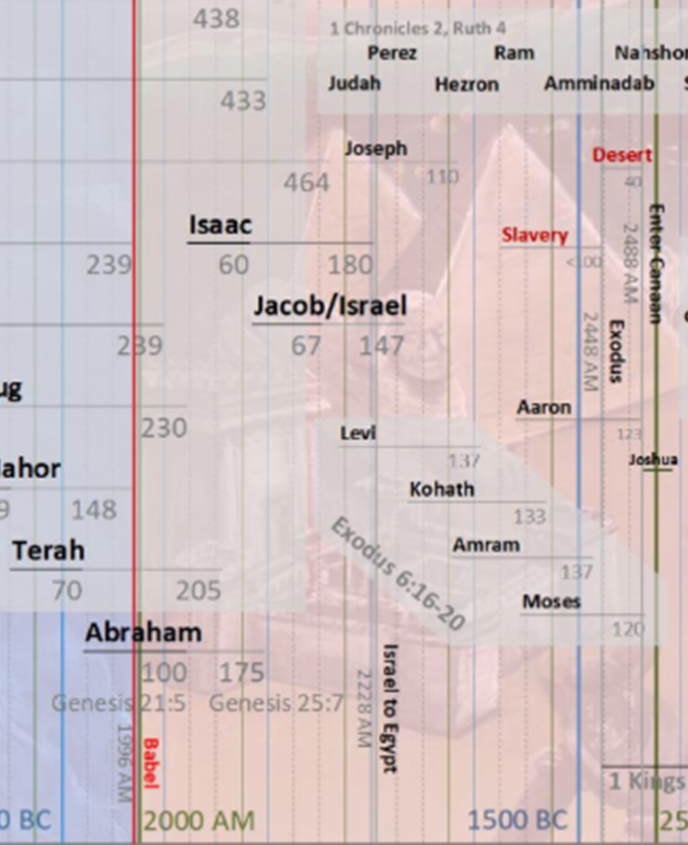 Jesus was a descendant of Judah’s son Perez, from whom the Kings descended. 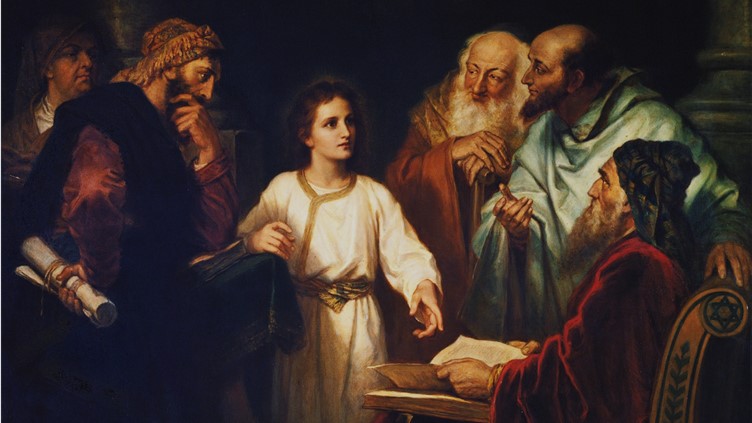 Even as a boy, Jesus understood his mission and relationship to God.  It seems strange that his parents didn’t notice he wasn’t with them, but they would have been travelling with a crowd of relatives, feeling secure that he’s hanging out with his cousins and being looked after by other aunts and uncles.

The full story of Jesus’ birth and childhood 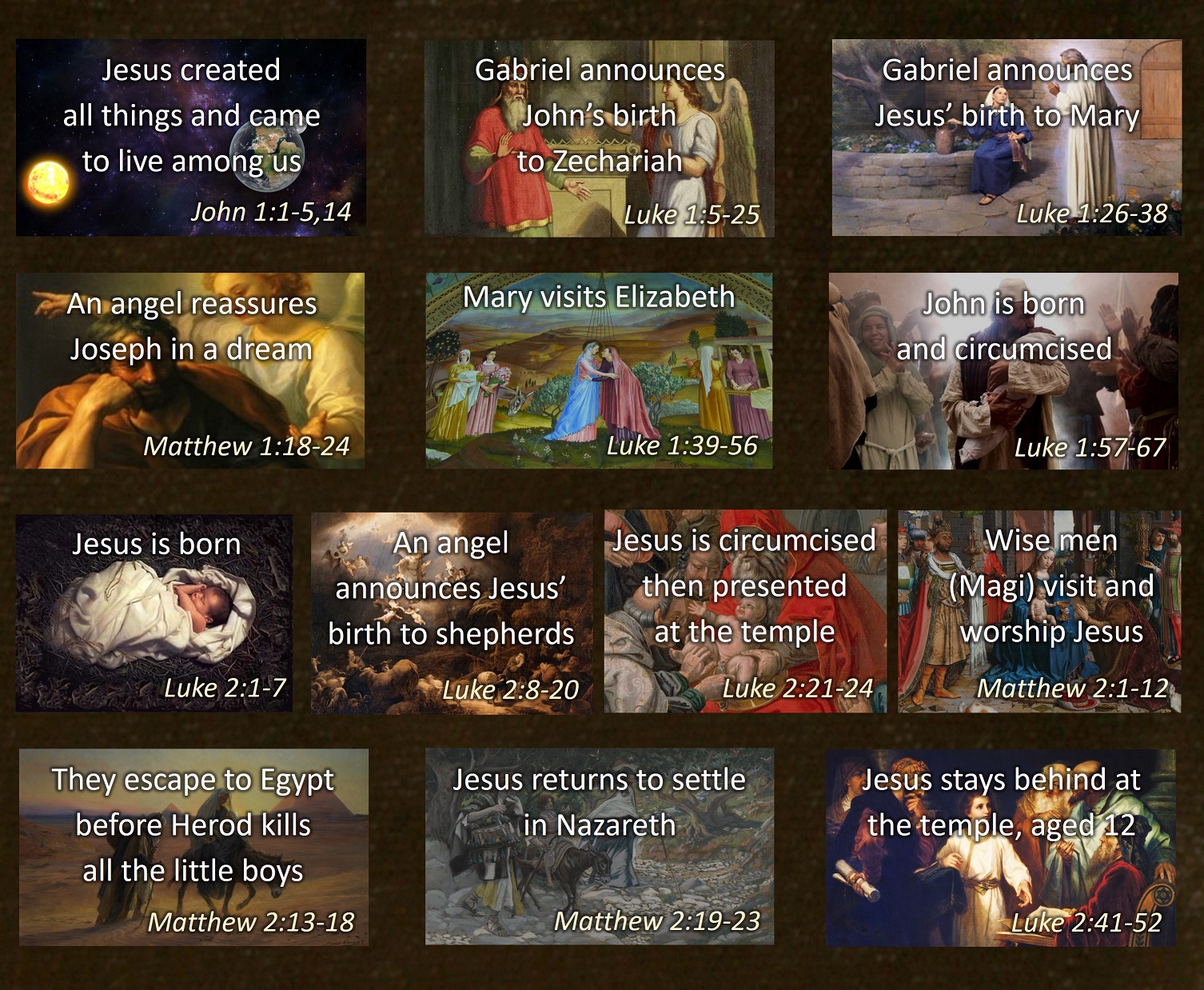 Christianity is all about the fulfillment of ancient prophecies.

Way back in the garden of Eden, God promised in Genesis 3:15 that the woman’s child would crush the serpent’s head as the serpent bruises his heal. God’s saying, “the woman’s child”, infers the virgin’s birth. When Jesus was executed on the cross, the wickedness of this world pierced his heal as its power was being crushed by Jesus’ sacrifice.

God’s promise of this savior, which we transliterate from Hebrew’s מָשִׁיחַ (Mashiach) as Messiah, or Greek’s Χριστός (Christós) as Christ, weaves a thread through the Jewish scriptures, which we call the Old Testament. He was to be a descendant of Abraham, Isaac, Jacob, Judah, and King David.

He would be born of a virgin and called Immanuel, which means “God is with us”. He’d be born in Bethlehem, come out of Egypt, and grow up in Nazareth. 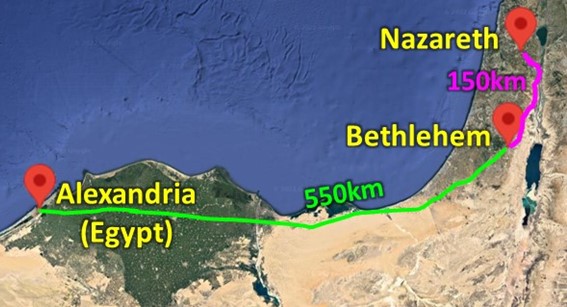 I pray that God would richly bless you as you continue to learn to understand what Christianity is all about.

I pray that you’ll be blessed this week 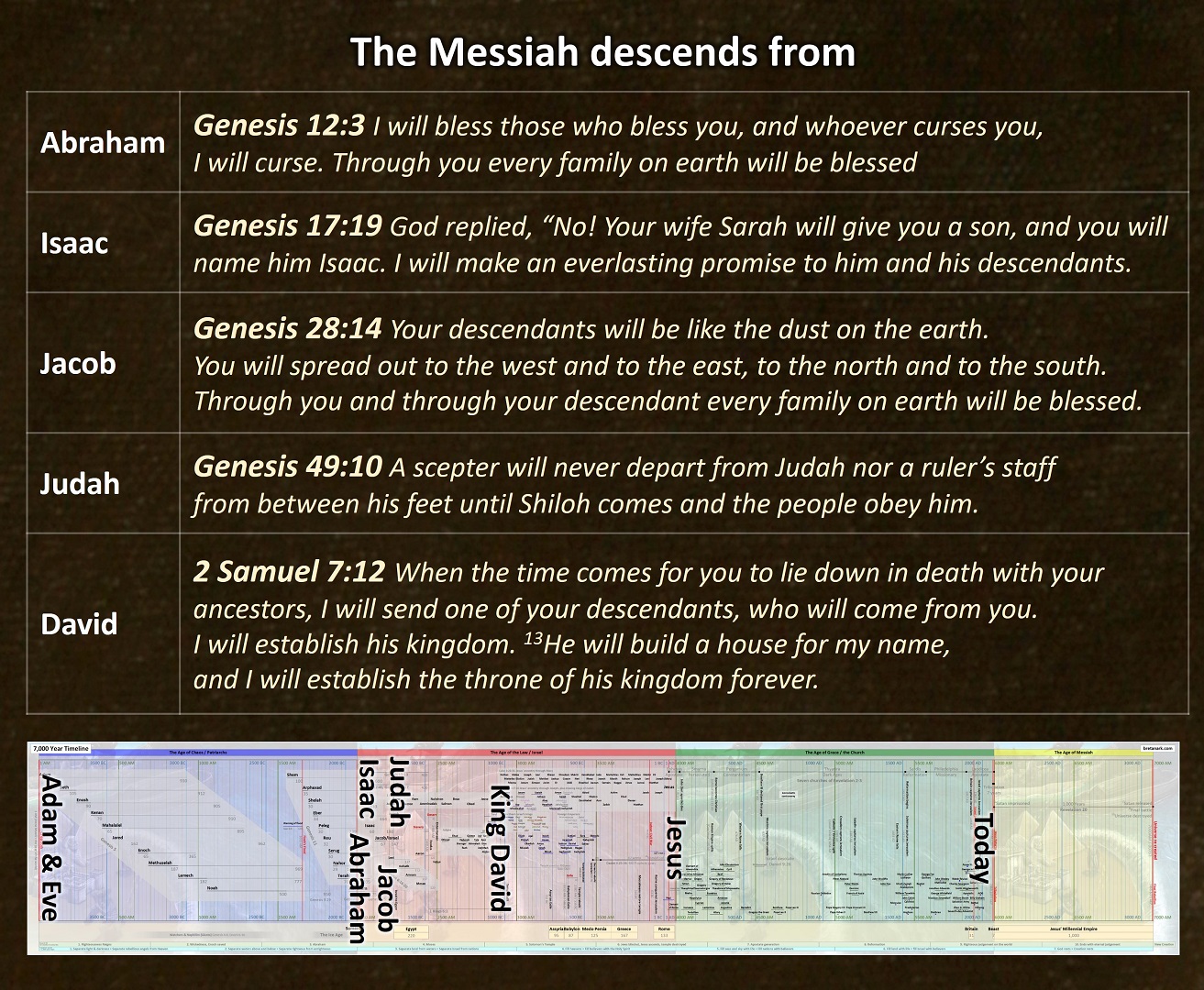 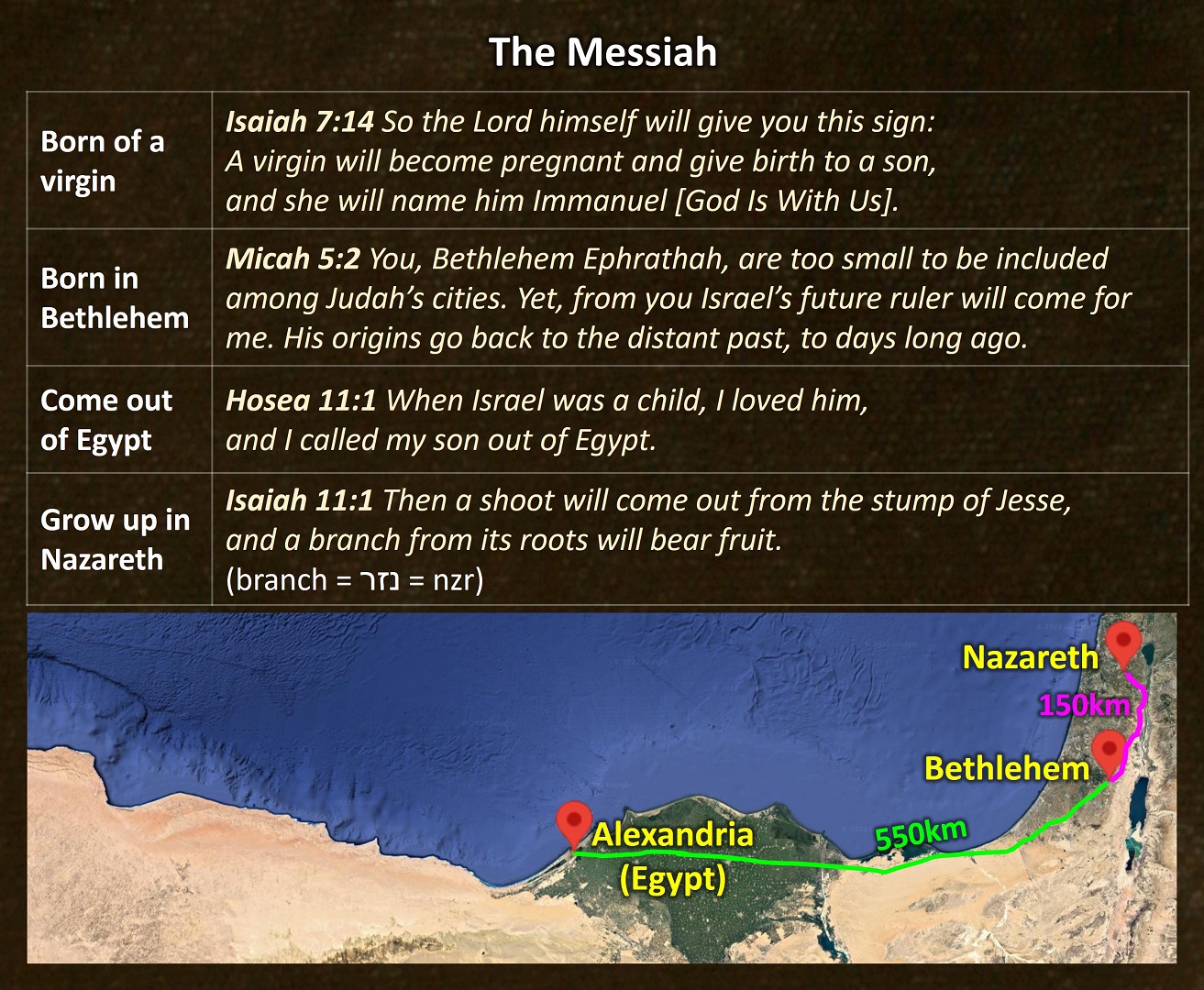