The Story of the Bible
Abraham

Several generations later there was a man named Abram who really loved God above everything else. God blessed Abram in many ways. He renamed him Abraham with the promise that he would be the father of many nations and that from his descendants, he would bring a saviour who would restore people to him - like before Adam and Eve ate of the forbidden fruit. Genesis 12

Abraham had a son in his old age, whom he named Isaac. Through him, God would fulfil his promise of a coming Saviour. A time came however, when God told Abraham to sacrifice his son. As hard as this was, Abraham trusted God and set off to a suitable place. Abraham tied up his son and placed him on the altar and was about to kill him. God told him to stop and he provided a ram to sacrifice instead. You can imagine the relief that Abraham felt. He had shown God that nothing was more important to him than God himself. God did this to test Abraham, but also to reveal the weight of God's plan to save all people from sin - God would have to sacrifice his only son - on those very mountains. Genesis 22

Isaac had two sons, Esau and Jacob. Esau sold his birth-right as first-born to Jacob for a bowl of lentil stew. Jacob was blessed by God and renamed Israel. He became the father of the nation Israel - his twelve sons fathered the twelve tribes of Israel. Genesis 32 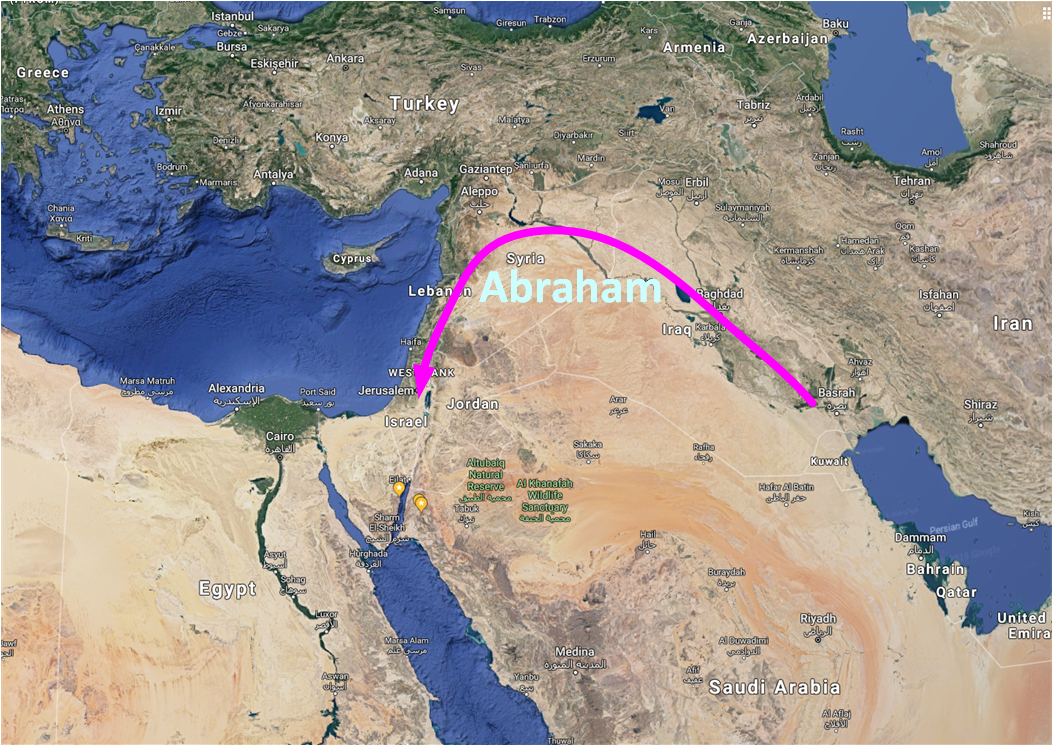