The Story of the Bible
Moses

About a century after Joseph's death, the number of Israelites had increased to a few million. Having forgotten Joseph and all that he had done for Egypt, the Pharaoh saw these people as a threat and made them slaves, treating them harshly. The Israelites cried out to the God of their ancestors Abraham, Isaac and Jacob that he would deliver them from this oppression. At this time, things were so bad that the Israelites were forced to leave their baby boys outside to die because the Egyptians were worried about them becoming too numerous and overthrowing them. Exodus 1

A boy was born, named Moses. When his parents saw that he looked special, they placed him in a basket made out of reeds and floated the basket on the river Nile with his sister watching out for him. He was discovered by Pharaoh's daughter who, seeing that he was special, adopted him as her own. Moses was raised as a prince of Egypt, being educated for his future as a ruler of Egypt. Exodus 2:1-10

When Moses grew up, he wanted to see how his own people were living. He saw an Egyptian beating an Israelite without due cause. He defended the Israelite and killed the Egyptian and hid his body. The next day, he saw two Israelites fighting and confronted them. They asked him who made him judge of Israel and whether he would kill them like he did the Egyptian the previous day. Having been discovered, Moses fled into the desert where he lived for the next 40 years as a shepherd. Exodus 2:11-15

One day, God appeared to Moses as fire in a bush, which did not burn the bush up. God told Moses to return to Egypt and demand from Pharaoh to let his people go. Exodus 3 Pharaoh would not let his valued workforce go. God afflicted Egypt with increasingly severe plagues, but Pharaoh refused to let the Israelites go until the oldest son of each family including his, were killed by a plague. On the night that this last plague was to hit Egypt, God instructed the Israelites to have a special meal that would come to be known as the Passover. They were to kill a lamb. Some of its blood was to be put on their door posts - on the sides and top so that the angel of death would pass by their house. The lamb was to be eaten entirely, but no bones were to be broken, it was to be accompanied with bitter vegetables and bread made quickly - without yeast. This meal would give the people strength for their coming exodus from Egypt. They were to eat this meal, dressed for travel. God instructed the Israelites to commemorate this meal each year. This was in fact a model - a prophecy of the ultimate sacrifice that the Saviour would make. Exodus 12

Once the Israelites were safe from the Egyptians, they went to Mt. Sinai to worship God. There, God spoke the Ten Commandments to all the people in such a thunderous voice. They were so freaked out that they demanded that God only speak via Moses. Exodus 20 So, Moses went up the mountain alone, where God wrote the Ten Commandments on stone tablets. Moses also wrote down laws for this nation, to maintain moral standards and define what foods were safe to eat. The Jews who have maintained this kosher diet and principles of hygiene have been protected from many plagues over the ages. The Israelites built a portable temple that would last a few hundred years. Moses established religious rituals, set aside a tenth of the nation as priests and religious workers and established a social welfare system to ensure that the poor and disadvantaged of the community were cared for. Leviticus

The Israelites were now beyond Egypt's control, but they desired to return to Egypt. They complained to Moses and although they had seen this great miracle of how God could deliver them from the greatest army known on Earth, they did not believe that God could deliver to them the land that had been promised to Abraham. Because of this, God led the Israelites through the desert for forty years until that entire generation had died. Moses also died after having seen the promised land from a neighbouring mountain top. God would not allow him to enter it because he gave in to the complaining of the Israelites. Deuteronomy 34 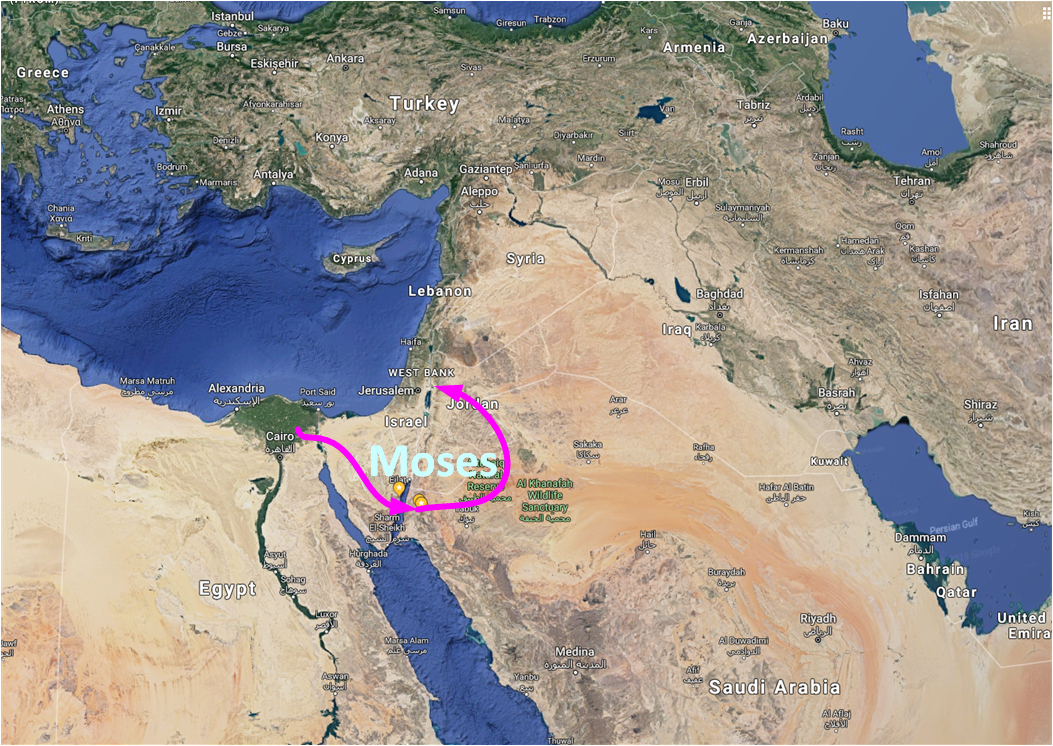