The Story of the Bible
Exile

Eventually, the northern Kingdom was conquered by the Assyrians and the people were resettled. Some years later, the Southern kingdom fell to the Babylonians, who resettled the leaders of the people into Babylon. Among these were Daniel, Shadrach, Meshach and Abednego, who refused to defile themselves with the king's rich food, favouring a kosher diet rich in vegetables. These four were promoted beyond their peers as rulers over Babylon. Daniel 1

Later some governors enticed King Nebuchadnezzar into creating a huge statue of himself that all were to bow down to in worship. Shadrach, Meshach and Abednego refused and were thrown in to a furnace so hot it killed the executioners. The King was amazed to see four people walking around in the fire, one appearing to be a son of a god. He called them out and acknowledged the god of these three to be the only true God. Daniel 3 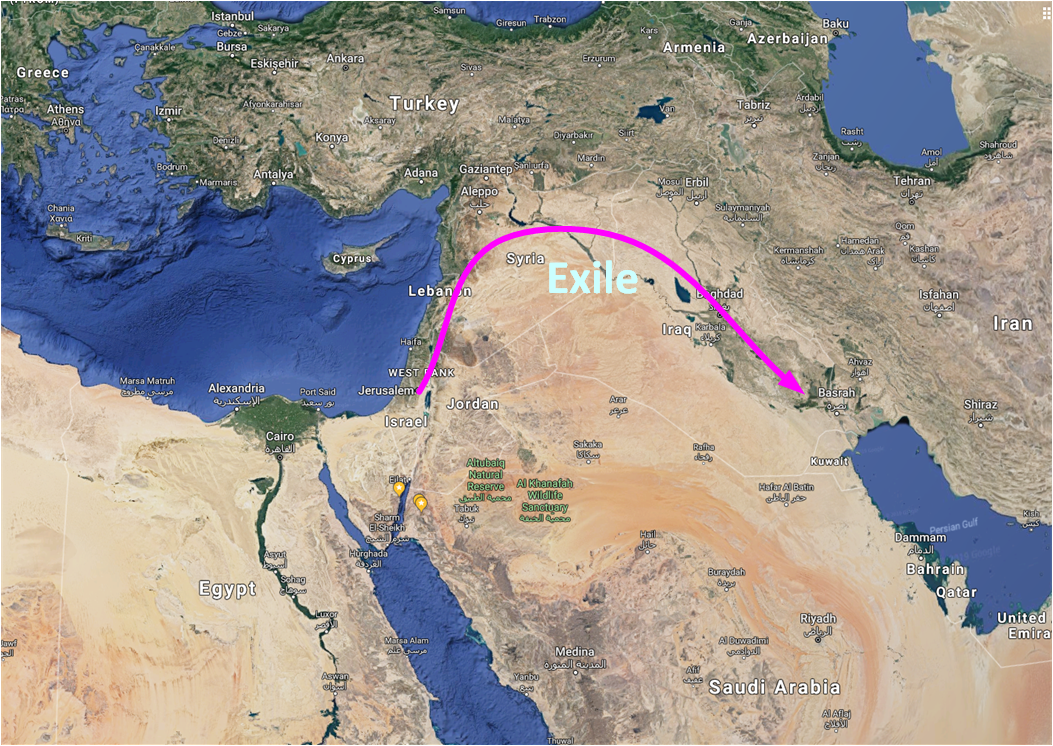