The Story of the Bible
Joseph

Of his twelve sons, Israel loved Joseph more than the others since he was the first-born of his favourite wife. Joseph told his family about dreams he had where the rest of his family would bow down to him. These dreams and his father's preferential treatment made the other brothers jealous - to the extent that they wanted to kill him. Instead they sold him as a slave and faked evidence of his death, tearing the beautiful coat his father had made for him and covering it with goat's blood to make it look like a wild animal had killed him. Genesis 37

Joseph was put to work in the house of an Egyptian official named Potipher. Over time, Potipher entrusted his entire household to Joseph, but when he was away for business, his wife tried to seduce him. When Joseph fled, she grabbed him by his clothes, pulling them off his body. She then screamed and accused Joseph of trying to take advantage of her. As a slave, his word was worth nothing against Potipher's wife and so he was put in prison. Genesis 39

Over time in prison, Joseph again rose to management, overseeing the other prisoners. After some time, two of Pharaoh's officials were put in prison because they had angered their master. One night, they both had dreams. Joseph was known for being able to interpret dreams and was asked the meaning of the dreams. According to his interpretation, one was put to death and the other restored to his position as cupbearer. Years later Pharaoh had a dream that his advisors could not interpret. That's when the cupbearer remembered Joseph and his promise to put in a good word for him. Joseph was summoned to Pharaoh, interpreted his dream and made Prime Minister of Egypt. Genesis 40

According to the interpretation of Pharaoh's dream, there were seven years of great harvests, during which Joseph directed the storing of grain to sustain Egypt over a following seven years of famine. Joseph's family were also affected by this famine. Genesis 41

Hearing that there was grain in Egypt, Israel sent his sons there to buy some. When Joseph saw his brothers, he pretended to not know them. He accused them of being spies and kept one of his brothers, telling them that they may not return without their little brother to prove that they're not spies. Israel could not bear the risk of losing the other son of his favourite wife and so refused to let them return to Egypt. Eventually the famine forced him to send his sons to Egypt again. When Joseph saw his little brother, he revealed himself and convinced them to bring the whole family to Egypt to live. He showed them that what they meant for evil, God turned into good - that Joseph could keep his family through the famine in that region. Genesis 43 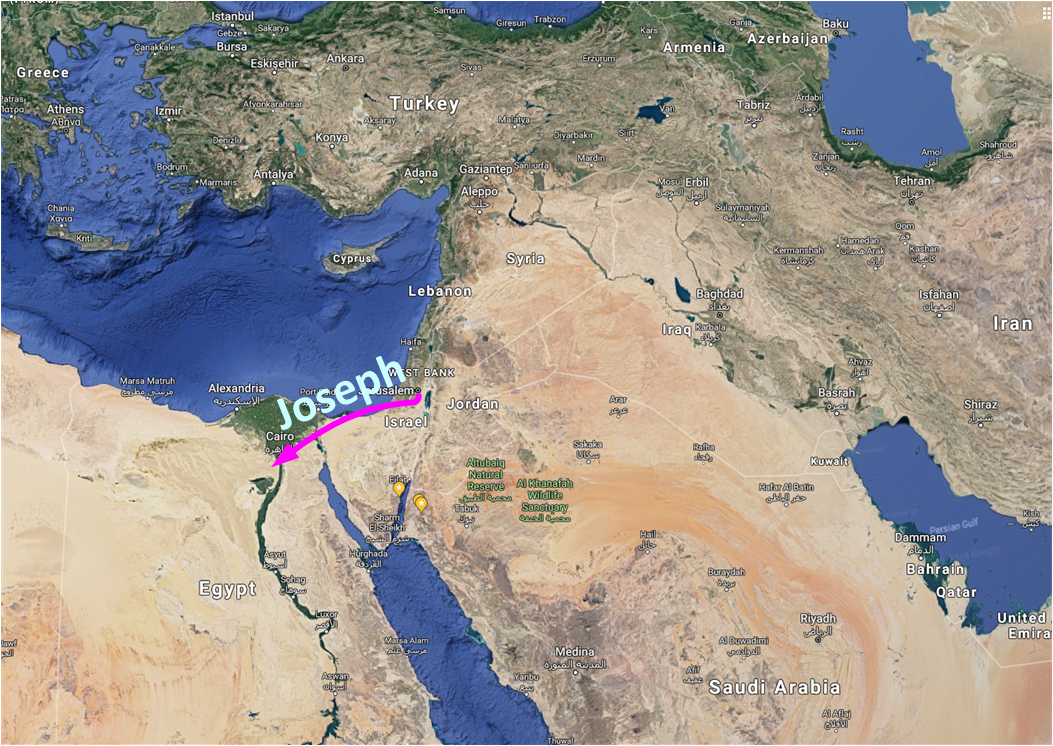