The Story of the Bible
Noah

However, there was one person who still loved God and did not follow the evil ways of those around him. God talked with Noah about how he felt and that he was going to destroy the whole Earth with a flood.

Under God's instruction, Noah built a huge boat - big enough to carry him and his family, along with two of each kind of animal. When the time came, Noah entered the boat with the animals and, after God closed the door, the rain began. It rained for forty days and nights until even the highest mountains were covered with water. Every breathing thing outside the boat was destroyed - along with all the people who did nothing but evil. Genesis 6

After a year the flood subsided and those in the ark could step out onto dry land again. God was really sorry about what he had to do. He showed Noah a rainbow and said to him that it would serve as a reminder that he would never destroy everything on the earth with a flood again. He told Noah and all those on the boat to replenish the earth and look after it.

After the flood, God permitted that Noah and his descendants could eat the meat from animals, but they were not to eat blood as it contains the life of the animal. Throughout the bible, we see this command repeated, along with keeping away from murder and sexual sins. Genesis 8 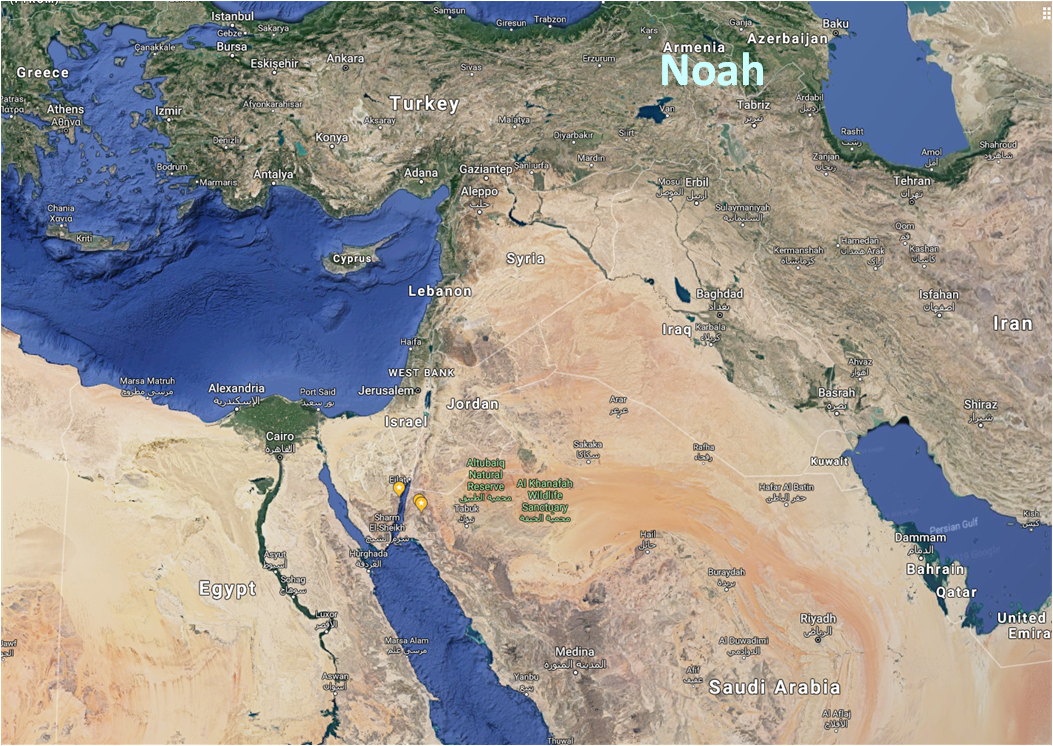