Some teach that religion has evolved with our humanity.  The story goes something like this.

Our primitive forefathers believed there were spirits in everything.  They would worship the spirits in the tree they were about to cut down and give homage to the spirit of the animal they were about to kill for food.  Later we promoted gods who manipulated the world, blessing those in whom they found pleasure and cursing those who offended them.  Various people attempted to introduce monotheism such as the Egyptian sun-god.  Then Judaism came along – the first successful monotheistic religion.  Christianity was an attempt to improve on this, then Islam.  In the enlightenment, people started to realize that there are no gods, these are just made up out of our superstition.  Now humanity is evolving further to take personal responsibility for our problems and soon we will live in a utopian world free of the bonds of superstition.

I have to admit, there’s so much truth in this.  In fact, the Bible agrees

Isaiah 45:20 … Ignorant are those who carry about idols of wood, who pray to gods that cannot save.

Psalm 135:15 The idols of the nations are silver and gold, made by human hands.
16They have mouths, but cannot speak, eyes, but cannot see.
17They have ears, but cannot hear, nor is there breath in their mouths.
18Those who make them will be like them, and so will all who trust in them.

Amos 5:21 ‘I hate, I despise your religious festivals; your assemblies are a stench to me. 22Even though you bring me burnt offerings and grain offerings, I will not accept them. Though you bring choice fellowship offerings, I will have no regard for them. 23Away with the noise of your songs! I will not listen to the music of your harps. 24But let justice roll on like a river, righteousness like a never-failing stream!

How I see religion evolves

We see in Genesis 4 that Adam and Eve’s sons worshipped God.  Even then religious jealousy lead to Cain killing Abel.  Ancient extra-biblical texts such as the Book of Enoch speak of a false religion developing before the flood.  This contributed to the need to wipe out that corrupt world and start over.

As they stepped off the ark, the whole world believed in God – all eight people.  They had witnessed his power to save the righteous and destroy the wicked.  However, each person’s free will is demonstrated in Genesis 9 when Noah had passed out drunk and his son Ham or Ham’s son Canaan “exposed” Noah’s nakedness.  Noah cursed Canaan but blessed his sons Shem and Japheth for covering his dishonour.

In Genesis 11, it seems Nimrod, son of Cush, son of Ham (Genesis 10:8) led the world to rebel against God in building a tower in Babel to reach the heavens.  Other texts suggest a resurgence of the corrupt pre-flood religion.  In Genesis 15:16, God prophesies that Abraham’s descendants will reclaim the land, but only after the Amorites’ sin had reached its full measure.  These were descendants of Canaan as were the inhabitants of Sodom and Gomorrah, whom God destroyed in Genesis 19.  These cities were rampant with sexual immorality, judges who made up laws and an intense hatred for strangers.

When the Jews left Egypt, we see reflected in their law that the Canaanites performed all kinds of pagan rites, including child sacrifice and genetic engineering in the cross-breeding of different kinds of animals and plants.

In failing to wipe out this corruption and King Solomon inter-marrying into the surrounding nations, Israel gradually abandoned God.  They forgot that their prosperity was a blessing from God and took pride in their own achievements and strength.

We see the same pattern today.  100 years ago, most westerners went to church and the truth of the Bible was foundational to society.  People were prosperous and gradually put aside God, favouring their own freedoms and gain.  Atheists claim to believe in no God, but to fill the void, tend to worship one’s self and their own achievements.

In the 60’s came sexual liberalisation and the right to abort one’s child.  Now that very generation laments the lack of old-age support.

We’re presently seeing a rising interest in other spiritual expressions.  We’ve forgotten why we abandoned druidism and wicker and are blatantly promoting witchcraft and legalising psychedelic drugs.  We’re now trying to rediscover these ancient religions that were suppressed by Christianity.

The end of the atheist journey is not a religion-free utopia, but a new religion, which blatantly wars against God, the truth of the Bible, those who love Jesus and anyone who has a different opinion.  As with radical Islam and communism, people are enslaved to conform to this new religion.  This is the nature of religion since before the flood.

Religion does not evolve – people shift between godliness and anti-godliness.

The church is not immune.  As recorded in the old testament, we tend to put aside God for traditions, obligations, conveniences and other distractions.  We must always guard against seemingly Godly distractions that entrap us in traditions, working to do the programme and a constant onslaught of ungodly teachings.  Denominations have arisen in reaction to churches being distracted.  Often these overreact and thereby create their own distraction, particularly after a few generations.  Denominations are good in that they allow different expressions of faith, address different needs in society, and provide mutual accountability, but these are bad when they lead to elitism and isolationism.  It’s so easy to demonize the faults in others and be oblivious to our own.

No church or person is perfect, but we are each to lovingly contribute towards the church’s perfection in whatever unique way God has gifted us.

Jesus was particularly upset about the religion of his day.  The religious authorities burdened the people with human traditions that distracted from the intention of the law – to set the Jews apart from other people as the stewards of God’s word and the Messiah/Christ and to demonstrate that we are all hopelessly corrupt and incapable of not sinning.

The Bible constantly warns us against false teachers

2 Peter 2:1 But there were also false prophets among the people, just as there will be false teachers among you. They will secretly introduce destructive heresies, even denying the sovereign Lord who bought them – bringing swift destruction on themselves. 2Many will follow their depraved conduct and will bring the way of truth into disrepute. 3In their greed these teachers will exploit you with fabricated stories. Their condemnation has long been hanging over them, and their destruction has not been sleeping.

So, when you see hypocrites in church, know that this too was foretold.

One such false teacher was Mohammad who founded Islam.  When “Gabriel” appeared to him, he would have done well to heed Paul’s warning.

Galatians 1:8 But even if we or an angel from heaven should preach a gospel other than the one we preached to you, let them be under God’s curse! 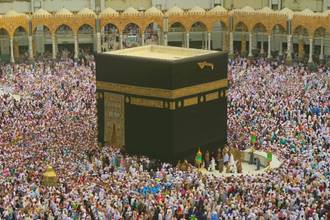 The Quran mentions the Torah, the Psalms and the Gospels as being revealed by God to the prophets Moses, David and Jesus respectively. However, muslims generally view these books (i.e The Bible) as been "corrupted" and altered over time. They hold this view because the message of the Bible differs from that of the Quran in several places. They favor the Quran because they view it as the unaltered last word of God revealed to Mohammed who they view as the last prophet of mankind.

But they should pay attention to Allah.

The Qur'an openly states many times that Allah is the 'best deceiver'.

The Bible calls Satan the deceiver.

Many dismiss the Bible as being made up.  This theory was quite popular a hundred years ago – that it was written by a bunch of guys a few hundred years after Christ.  The oldest available manuscripts of Biblical texts dated around 500AD.  Even then, there were lots of them, with little variation.  These same critics would not question the integrity of ancient Greek philosophers whose writings were few and more recent.  The most popular Bible then was the King James translation, which was completed in 1911 is still revered by some today. https://en.wikipedia.org/ wiki/ King_James_Version

In 1948, an amazing discovery was made: The Dead Sea scrolls.  In the desert around Israel’s Dead Sea, scrolls were discovered dating before Christ.  Today’s Bible translations refer to these scrolls.  Although incomplete, these scrolls show no significant difference to our modern Bibles.  This proves the Bible text has not changed since 200BC.

In the New Testament, there are numerous references to prophecies that Jesus fulfilled.  The dead sea scrolls prove that these prophecies were not made up after the fact.

Critics ignore the religious attention to detail of those who copied the Bible.  They religiously copied the text exactly, feeling burdened with the awesome responsibility to preserve the sacred text perfectly – even fearing the wrath of God if they corrupted the text.  If they made a mistake, they’d throw that page into the fire and start again. 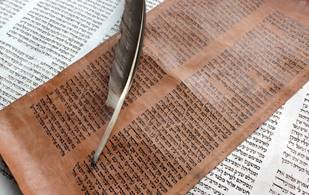 But the critics don’t give up.  They just adjust their theory to a point earlier in history.  But the theory is disproven through the weight of hundreds of fulfilled prophecies.