Why I believe the Bible is true
Creation

The story of creation has been smeared severely, attempting to appease evolutionism – particularly millions of years.  While it is quite reasonable that an infinite God could create over millions of years, this presents numerous theological problems.  Since there is no evidence for millions of years, but plenty for 6,000 years, such appeasements are folly and contradictory to the gospel, which depends on the truth of the Bible.

Genesis 1:1 In the beginning God created the heavens and the earth. 2Now the earth was formless and empty, darkness was over the surface of the deep, and the Spirit of God was hovering over the waters.
3And God said, ‘Let there be light,’ and there was light. 4God saw that the light was good, and he separated the light from the darkness. 5God called the light ‘day’, and the darkness he called ‘night’. And there was evening, and there was morning – the first day.

Many see a gap between Genesis 1:1 and 1:3, which could accommodate millions of years.  This is supported by misunderstanding the word “replenish” in the King James Bible:

Genesis 1:28 And God blessed them, and God said unto them, Be fruitful, and multiply, and replenish the earth, and subdue it: and have dominion over the fish of the sea, and over the fowl of the air, and over every living thing that moveth upon the earth.

In King James’ English, replenish meant fill.  Its modern meaning was acquired a few centuries later.  Modern translations render “fill”, which I can confirm are consistent with Luther’s German and modern Portuguese.

Referring to the original Hebrew וּמִלְא֥וּ is Strong’s #4390, which means to be full or to fill.

Deriving from this gap theory, some theorize a human population prior to Adam and Eve, which was so evil that God destroyed it as with Noah’s flood, but completely without remnant.  The souls of the people of this pre-creation became demons.  However, the Book of Enoch describes extensively the origins of demons as the spirits of the Nephilim’s offspring:

Genesis 6:4 The Nephilim were on the earth in those days – and also afterwards – when the sons of God went to the daughters of humans and had children by them. They were the heroes of old, men of renown. 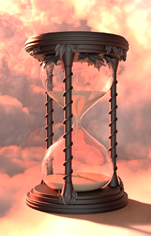 God does not experience time as we do

And “a thousand” can be metaphorically understood as innumerable:

Psalm 50:10 for every animal of the forest is mine, and the cattle on a thousand hills.

Some infer that the days of creation could be aeons and therefore have no theological problem with millions of years.

But the text repeats “And there was evening, and morning - the nth day”.  A plain reading presents solar days.

But there’s a twist – the sun, moon and stars were not created until day four.  I believe that God illuminated the world as he will the new creation.

Revelation 22:5 There will be no more night. They will not need the light of a lamp or the light of the sun, for the Lord God will give them light.

Given vegetation was created on day three, but creeping things on day six with the other land animals, if a creation day were a million years, the plants would have no pollinators for three million years – that’s ridiculous.

On day 5, God filled the sea and the air with life, and on day 6 the land.  This does not fit evolutionism’s logic of going from water to land to air.

Genesis 1:31 God saw all that he had made, and it was very good. And there was evening, and there was morning – the sixth day.

At the end of creation, God admired his work and proclaimed it being very good.  Death is not good.

Romans 5:12 Therefore, just as sin entered the world through one man, and death through sin, and in this way death came to all people

Death is a consequence of sin. Sin first came through Adam.  Therefore, before Adam, there was no death.

Evolutionism implies aeons of death as the fittest survive.  Darwin was so disgusted that our loving God created by so much death that he abandoned his faith.

If evolution happened before Adam, then death did not enter the world through Adam’s sin, thus contradicting Romans 5.

“Very Good” also contradicts the Gap Theory.  I believe this also infers Satan’s fall to be after creation.  This is supported by

Job 38:4 ‘Where were you when I laid the earth’s foundation?
Tell me, if you understand.
5Who marked off its dimensions? Surely you know!
Who stretched a measuring line across it?
6On what were its footings set,
or who laid its cornerstone –
7while the morning stars sang together
and all the angels shouted for joy? 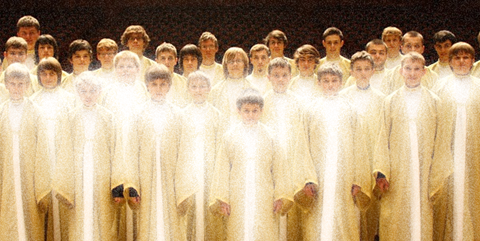 Accommodating evolution with theology produces fatal contradictions.  They are mutually exclusive.  Ardent atheists such as Richard Dawkins admire the integrity of creationists but find laughable the inconsistency of theistic evolutionists.

I believe the seven days of creation reveal a prophecy of 7,000 years of the world as we know it – with the final 1,000 years of rest starting within some decades.