1 Corinthians 13:2 If I have the gift of prophecy and can fathom all mysteries and all knowledge, and if I have a faith that can move mountains, but do not have love, I am nothing.

Science can be defined as the fathoming all mysteries and all knowledge, so we could call science the gift of prophecy.

Science ascertains laws to predict the behaviour of nature.  When applied to a previously unencountered situation their predictions are fulfilled.  In a way, science acts like a prophet predicting the future.

Deuteronomy 18:22 If what a prophet proclaims in the name of the Lord does not take place or come true, that is a message the Lord has not spoken. That prophet has spoken presumptuously, so do not be alarmed. 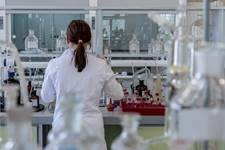 If someone predicts what is yet unknown, which does not come to pass, ignore them as they’re speaking presumptuously.  This is constantly the case for evolutionism.  No matter how well collaborated it is, they’re constantly having to re-collaborate to elaborate their story – just like kids hiding the truth from their parents.  In contrast, the Bible stands firm against the storm of adversaries but remains simple as it is the truth.

The Bible has weathered millennia of the Adversary corrupting our trust in it.  Evolutionism is just another of Satan’s wild beasts that roars from a toothless mouth and blunt claws.  Its toothless gums might take the crease out of your trousers but are otherwise harmless.