Why I believe the Bible is true
The solution

There are two answers to this problem and a range of options in between:

I don’t mind wrestling with why God said this or that, but I will not tolerate teaching that the Bible is not to be taken at face value.  I was once tested with “200 contradictions in the Bible”.  Most were immaterial translational discrepancies or alternative witness accounts.  The real interesting “contradictions” were missing e.g. God’s love vs. judgment.

I encourage you to wrestle with God as did Jacob in Genesis 32.  After wrestling all night, Jacob would not let Jesus (the angel of the Lord) go until he blessed him.  But be warned, just as Jacob’s hip was wrenched, so too, you will never walk the same again after wrestling with God for his blessing.

I’m disgusted with theology that excuses an experience that does not align with the Bible and therefore assumes the Bible to be embellishing the truth.  This manifests as evolutionism, but also the dismissal of the supernatural and the miraculous.  However, those theologians still cling to “proclaiming” the trinity of God - being infinite in knowledge, power, and space.  If God is infinite, anything is possible.  If God created the laws of nature, he can overrule them too.  He didn’t create those laws to restrict himself but to provide order for this creation.

Even though this is not significantly manifest in my life, I believe our call to do good works is a call to perform miraculous signs and wonders as was prevalent in the early church.  But such interpretation does not exclude the natural, which is also echoed throughout scripture.  We are called to do good works - both naturally and supernaturally.

The Bible warns us against popular modern philosophies.

Matthew 7:15 ‘Watch out for false prophets. They come to you in sheep’s clothing, but inwardly they are ferocious wolves. 16By their fruit you will recognise them.

John explains so well how to test their fruit 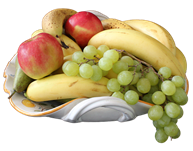 1 John 4:1 Dear friends, do not believe every spirit, but test the spirits to see whether they are from God, because many false prophets have gone out into the world. 2This is how you can recognise the Spirit of God: every spirit that acknowledges that Jesus Christ has come in the flesh is from God, 3but every spirit that does not acknowledge Jesus is not from God. This is the spirit of the antichrist, which you have heard is coming and even now is already in the world.

We must reject any “spirit” of teaching that opposes the truth of any part of God’s word and be wary of any who impart such.  Those who disregard the historicity of the old testament are rejecting the Bible’s eyewitness account of Jesus who appears as the “angel of the Lord” who visited Abraham in Genesis 18 before he destroyed Babel.  He wrestled with Jacob in Genesis 32, walked with Daniel’s friends in the furnace in Daniel 3, and walked with Adam and Eve in the garden of Eden.  This same Jesus later came to live and die as a human.  Any spirit rejecting any part of this narrative is a spirit of the antichrist.

2 Peter 3:3 Above all, you must understand that in the last days scoffers will come, scoffing and following their own evil desires. 4They will say, ‘Where is this “coming” he promised? Ever since our ancestors died, everything goes on as it has since the beginning of creation.’ 5But they deliberately forget that long ago by God’s word the heavens came into being and the earth was formed out of water and by water. 6By these waters also the world of that time was deluged and destroyed. 7By the same word the present heavens and earth are reserved for fire, being kept for the day of judgment and destruction of the ungodly.
8But do not forget this one thing, dear friends: with the Lord a day is like a thousand years, and a thousand years are like a day.

Now, this is really interesting.  Peter is so talking about modernity’s indoctrination to deliberately forget, even dismiss, the facts from long ago of God’s judgment of the ungodly. 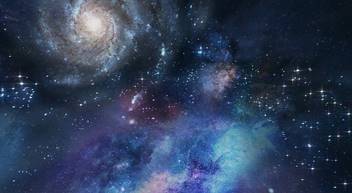 Hebrews 11:3 By faith we understand that the universe was formed at God’s command, so that what is seen was not made out of what was visible.

Paul reminds modernity that the world is not made from natural building blocks.

1 Timothy 6:20 O Timothy, keep that which is committed to thy trust, avoiding profane and vain babblings, and oppositions of science falsely so called:
21Which some professing have erred concerning the faith.

This King James translation of this verse puts so directly what we experience today, which was equally a problem in Paul’s time.  It warns of the conclusion of such considerations causing some such professors to “err concerning the faith”