Why I believe the Bible is true
Comparative “mythology” 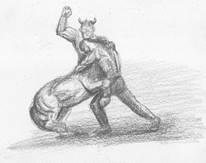 Evolutionism dismisses mythology as a source for history.  Anything that doesn’t fit “scientific” scrutiny such as the Bible with its claims of a miracle-working God are thrown into the same mythology box.

I find it fascinating to consider mythology around the world as independent witnesses with variably dubious memories.  When one collaborates mythologies, we find strong coincidence with the Bible and other ancient Jewish sources:

According to Hesiod, when Prometheus stole fire from heaven, Zeus, the king of the gods, took vengeance by presenting Pandora to Prometheus' brother Epimetheus. Pandora opened a jar left in his care containing sickness, death and many other unspecified evils which were then released into the world. Though she hastened to close the container, only one thing was left behind – usually translated as Hope, though it could also have the pessimistic meaning of "deceptive expectation". 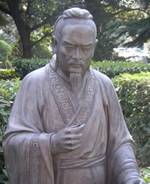 I am most intrigued by the Miautsu Chinese who remember

Adam is the Hebrew word for man, but recall, Adam was formed from dirt.

I heard another account where they remembered all ten, with significant linguistic similarity.

Mythological age of the earth

I can imagine this confusion arising as a vague memory of long lives is stretched to 1000 years per generation – so 10,000 years from Adam to Noah and then some more to our fathers – well, too many of them so to put it simply, tens of thousands of years ago…

For Noah’s descendants who had rejected God again, leading to Babel and the dispersion thereafter, such details were less important than survival in a harsh hunter-gatherer existence.

I believe the Jews stewarded written history, dating back to Adam himself, as suggested by the books of Enoch and Jubilees.