Why I believe the Bible is true
Evolution

As an ardent creationist, I’ve struggled to come to terms with evolution being a fact and to embrace the word evolution as useful vocabulary.  My ideas on this are still evolving ;-).

Evolution is demonstrable science: https://en.wikipedia.org/ wiki/ Experimental_evolution describes evolution of E.coli bacteria in a lab and a history of breeding animals and plants.

As with the other laws of nature, God created evolution.  And he set its bounds.  I believe that Noah took on the ark one pair of the cat kind (felines) from which all modern felines have evolved: cats, lions, tigers, hyenas.

Darwin’s observations were real.  He saw speciation between the islands of the Galapagos with traits better suited to survival on each particular island.  Scientists have applied these principles to produce new species of E. coli bacteria.  More practically, people have applied these same principles to breed animals, but evolutionists often vehemently protest, that’s totally different.  I’ve yet to hear a good argument why.  In every observed case of evolution, we only see the loss of genetic information or activation of genetic switches, but never the gaining of information.  Once we’ve bred dogs to have short hair, their offspring lose the ability to spawn long-haired offspring.

Darwin lamented the lack of fossil evidence to support evolutionism and predicted that future discoveries would unveil a wealth of intermediate fossils.  200 years later after identifying 250,000 species in the fossil record we’re still looking.

In each documented case, we never see evolution to a new kind of creature.  Darwin’s finches have evolved to many different species of … finches.  There are a few alleged examples of intermediate forms between one kind (family) to another, each of which is scientifically dubious.

https://en.wikipedia.org/ wiki/ E._coli_long-term_evolution_experiment:
“The most striking adaptation reported so far is the evolution of aerobic growth on citrate, which is unusual in E.coli, in one population at some point between generations 31, 000 and 31, 500.” 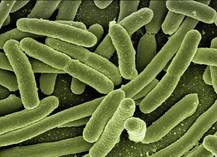 So, their greatest evolutionary achievement is they’ve evolved E. coli to demonstrate a trait, which was very unusual in the original E. coli.  Um … that trait was already there and they’re still E. coli.

This experiment proves the fact of evolution but effectively demonstrates that even with optimal lab conditions evolutionism cannot be reproduced.

The problem with extrapolating evolution to evolutionism is that evolution has boundaries.  We see this particularly in the case of dogs, which we have evolved to their extreme.  Pure breeds are fraught with health problems.  Since evolution is only ever the loss of genetic information, so much information has been lost that they are becoming inviable for survival. 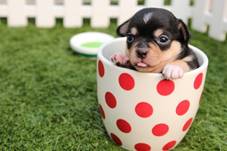 The problem is that selective breeding – whether in nature or under human control selects the bad with the desirable.  Sometimes the bad is even the negative side of the desired trait.