Why I believe the Bible is true
Dinosaurs

So, if everything were created 6,000 years ago and Noah took two of each kind of animal on the ark, this would include dinosaurs.  How do you fit such huge creatures on a little boat?  And surely there’d be evidence of dinosaurs coexisting with humans.

These are two important questions to grapple with.

While some dinosaurs are huge, they come in little packages and don’t instantly expand to 50 tonnes.  Noah could just take pairs of little ones – maybe a few years old.

Then there’s the little ones, like New Zealand’s tuatara who are dubbed living dinosaurs because they’re no different to their Mesozoic ancestors.

All around the world, cultures have legends of fearsome huge reptiles.  The Chinese dragons may be quite different to the great dragons slain by European knights in shining armour, but I believe they’re all dinosaurs – perhaps with embellishments for prestige or financial gain e.g. to justify taxes – solely for fighting these fearsome menaces of course ;-).

There are numerous historical records of dragons.

So where are dinosaurs in the Bible?

I love this question because the answer is so simple and clear: Job 41 is a whole chapter describing something like a plesiosaur called Leviathan.  The detail goes beyond a distant appearance to personal contact with a creature familiar to the author’s audience.

Job 41:7 Can you fill its hide with harpoons or its head with fishing spears?
8If you lay a hand on it, you will remember the struggle and never do it again!

Those who deny the Biblical timeline force this description and Job 40’s Behemoth to some familiar creature such as an elephant, which falls far short of the description.  There are other mentions, but none so clear as this.

The apocryphal book “Bel and the Dragon” tells of Daniel’s exposing the deception of the priests of Bel consuming the sacrifices on the god Bel’s behalf.  Then it describes how he made food that would bloat the dragon to an explosive death.

‘Dio the Roman [aka Cassius Dio, AD 155–236], who wrote the history of the Roman empire and republic, reports the following: One day, when Regulus, a Roman consul [3rd C. BC], was fighting against Carthage, a dragon suddenly crept up and settled behind the wall of the Roman army. The Romans killed it by order of Regulus, skinned it and sent the hide to the Roman senate. When the dragon’s hide, as Dio says, was measured by order of the senate, it happened to be, amazingly, one hundred and twenty feet long, and the thickness was fitting to the length.’

https://creation.com/ angkor-saw-a-stegosaur discusses an 800 - year - old carving of a stegosaur among other animals common to Angkor in Cambodia around that time.

Mokele-mbembe is the most viable legend of a living dinosaur, but no proud academic is going to stake their livelihood on the tales of some “primitive” bushmen https://creation.com/ mokele-mbembe-a-living-dinosaur

I believe the Loch Ness monster was a plesiosaur, vastly outlived by its legend.

https://creation.com/ dinosaurs-are-almost-certainly-extinct is their most comprehensive article on this subject.

So why aren’t there any dinosaurs today?

We hunted them to extinction.  That’s what all the stories are about, aren’t they?  Why? They were destroying livelihood, devouring cattle and crops.  I’m sure stories have been embellished to demonize these problematic creatures as politicians do their opponents today. 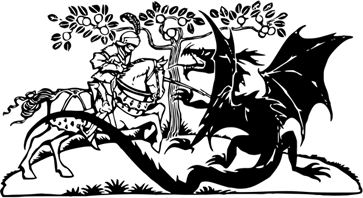 Today Elephants, Tigers, Lions, and Hippos are a similar threat to villages who would gladly pay for their “removal”.
https://creation.com/ enraged-elephants-terrifying-tigers-dangerous-dinosaurs