Why I believe the Bible is true
Jesus heals today 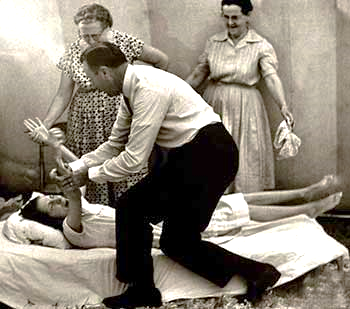 Just as in the Bible, we hear of miraculous healings around the world and even of people brought back from the dead.  Bethel church is known for its members showing God’s love through his healing power.  There are powerful healing crusades in Africa.  We can read of amazing preachers such as Smith Wigglesworth who are known for casting out cancers and other crippling conditions.  We can watch powerful healing ministries on YouTube from people like Oral Roberts and Benny Hinn.  The unsubstantiated slander that is cast against such people is evidence for Satan’s hatred for what they stand for and the truth of the Bible.  Although there are many charlatans out there, there are a few who are genuine.

Jesus healed me from depression instantly

Throughout my life, I had struggled with depression.  As a teenager, school and life was so tough I wanted to die.  It was primarily the knowledge that taking my own life would doom me to Hell, which kept me from committing suicide.  I now believe there are some rare cases where suicide is forgiven.  It is impossible to judge any particular case, so this must be treated with great compassion, grace and respect.

Around the age of thirty, I contracted glandular fever, which kept me bedridden for a month.  This developed into chronic fatigue syndrome, which inhibited me for around fifteen years.  A year after the glandular fever, I was able to get back on my bike to work, but this would totally drain my energy.  Some years later, I decided to give up biking so that I might have some energy to do other things outside work.  For so many years, life was about survival.  I had just enough strength for work to sustain my family, but little else.  As things got worse, I used holidays to pace myself and depended more on caffeine to keep going.  I got to the stage that I considered slipping some codeine just so that I might feel a bit better.

Note that all this time I loved God and continued to serve in church.  Christians are not immune from illness – whether its physical, mental or spiritual.  Having a wonderful community around and knowing God personally helps you to cope with things better.

When I expressed to my wife that I really had no desire to live, all her alarm bells went off.  She’d been studying psychology and ticked off most of the symptoms of depression – fatigue, no pleasure in earlier pastimes, lack of appetite, poor sleep, the desire to die.  We went to our doctor who agreed that an anti-depressant would be worth trying.  Within a few days, I was feeling so much better – they really took the edge off and helped me to cope with life.

After about a year, I had a really crap day.  I was so grumpy and tired.  Around 9:00pm, I felt so drained, I just wanted to go to sleep, but then for some reason, I commanded, “Depression I command you to leave in Jesus’ name!”  Immediately, I was amused at how simple that is.  Several months later, I’m still laughing and I’m enjoying life like never before.

Through the power of Jesus Christ, I was healed in an instant.  I did not expect this, but when I noticed that I was still good a few days later, I decided to stop taking anti-depressants.  My psychologist wife would be monitoring me, and I could always resume the medication if needed.  Anti-depressants work by dulling the emotions.  For a few days, I noticed the withdrawal symptoms but then as I adjusted to life without anti-depressants, I was able to experience a greater joy as this newfound emotion was no longer dulled.  My wife was concerned a few weeks later that I might just be on a high and likely to crash like a bipolar.  Well, I’m still on that high :-).  Praise God.  Actually, I’m not on a high, but rather I’m no longer on a low – I’ve uncrashed from a lifetime of depression.

John 14:12 Very truly I tell you, whoever believes in me will do the works I have been doing, and they will do even greater things than these, because I am going to the Father. 13And I will do whatever you ask in my name, so that the Father may be glorified in the Son. 14You may ask me for anything in my name, and I will do it.

I don’t completely understand why people are not healed instantaneously whenever we pray – it’s complicated – often our healing is a process.  But I do believe others experience the same miraculous healing that I have and far greater.

James 5:14 Is anyone among you ill? Let them call the elders of the church to pray over them and anoint them with oil in the name of the Lord. 15And the prayer offered in faith will make the sick person well; the Lord will raise them up. If they have sinned, they will be forgiven. 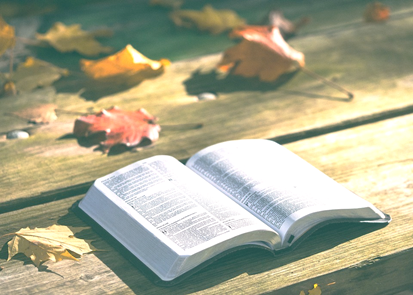