What does the Bible say about the future?
Ezekiel 38-39

A crude understanding of Ezekiel 38 is that an alliance similar to that present in Syria will suddenly invade Israel from the north.  The Israeli Defense Force will have no chance to mobilize against the sudden overwhelming invasion.  Other nations will protest this annexation of the Golan that seems to be for the spoils of war; but will helplessly resign Israel to its hopeless demise so that they’re not needlessly caught up in their inevitable destruction.  Then God will step in to destroy the military occupation with what seems to be a volcanic event.  His intervention will be undeniable.  It’ll take a year to bury the army, and their equipment will serve Israel’s fuel needs for seven years. 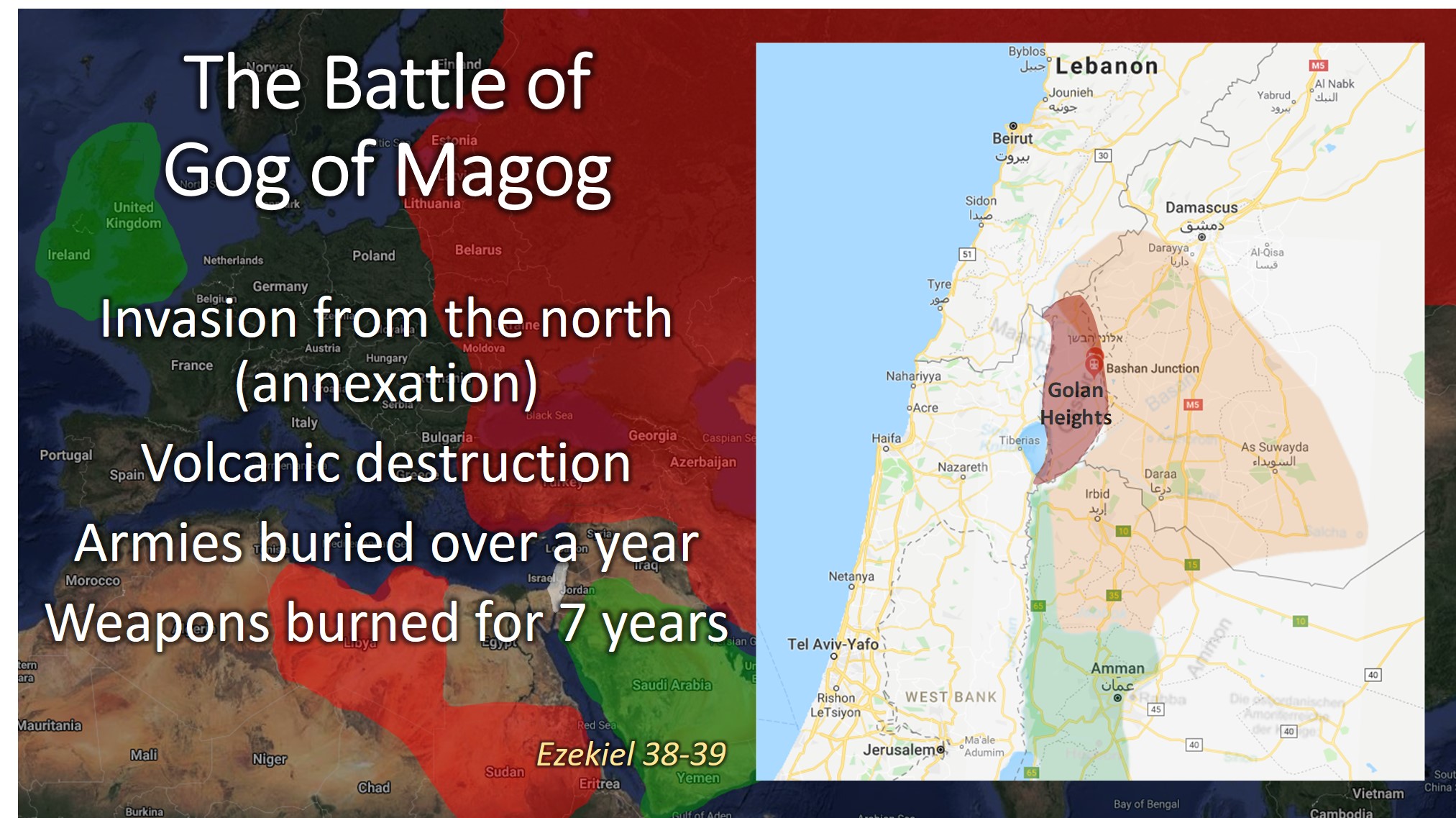 The preconditions described in this scripture, which have already been fulfilled, are already overwhelming evidence of biblical integrity.  The remaining details imply a radical change to global politics and religion, which invalidate many current end-times speculations.  I believe the outpouring of God’s wrath on the attackers will annihilate atheism, Islam and all other ideologies that stand against the Bible.  What will remain is a polarization between accepting Jesus as Lord or allying against the almighty, all-knowing, all-present, infinite God who created the entire Universe.

This prophecy is full of ancient names.  My best understanding is that this is led by Russia, in alliance with Iran, Turkey, Libya and Sudan.  Arabia, Britain, and the nations that came from it will protest this annexation.  My Russian friends prefer the theory that Turkey are the bad guys ;-) 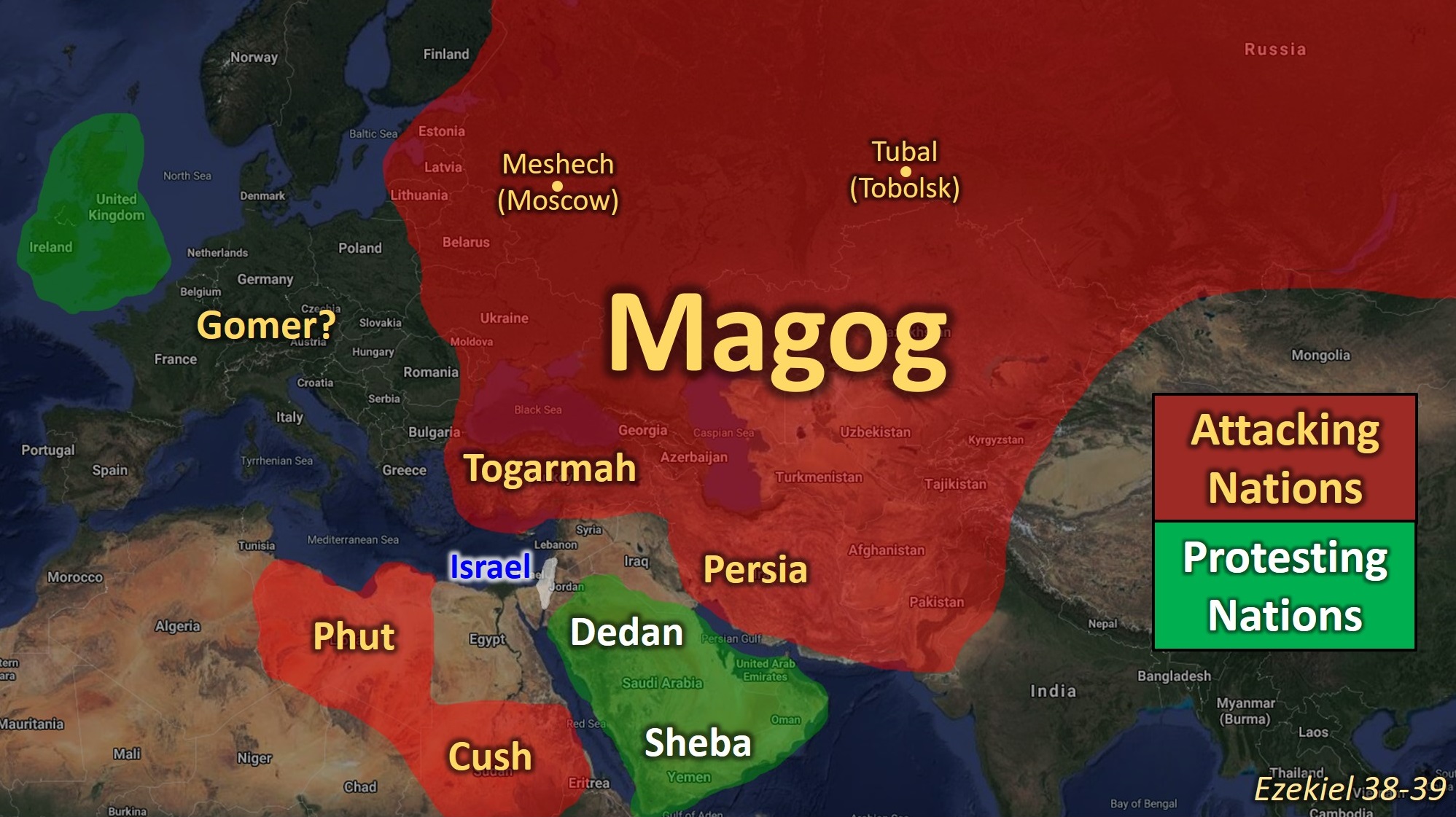 There seems to be a unique theme in this prophecy.  Often prophecy is vague in its fulfilment.  In this case, there’ll be no doubt: the whole world will know that God is the Lord and Israel will know their God. 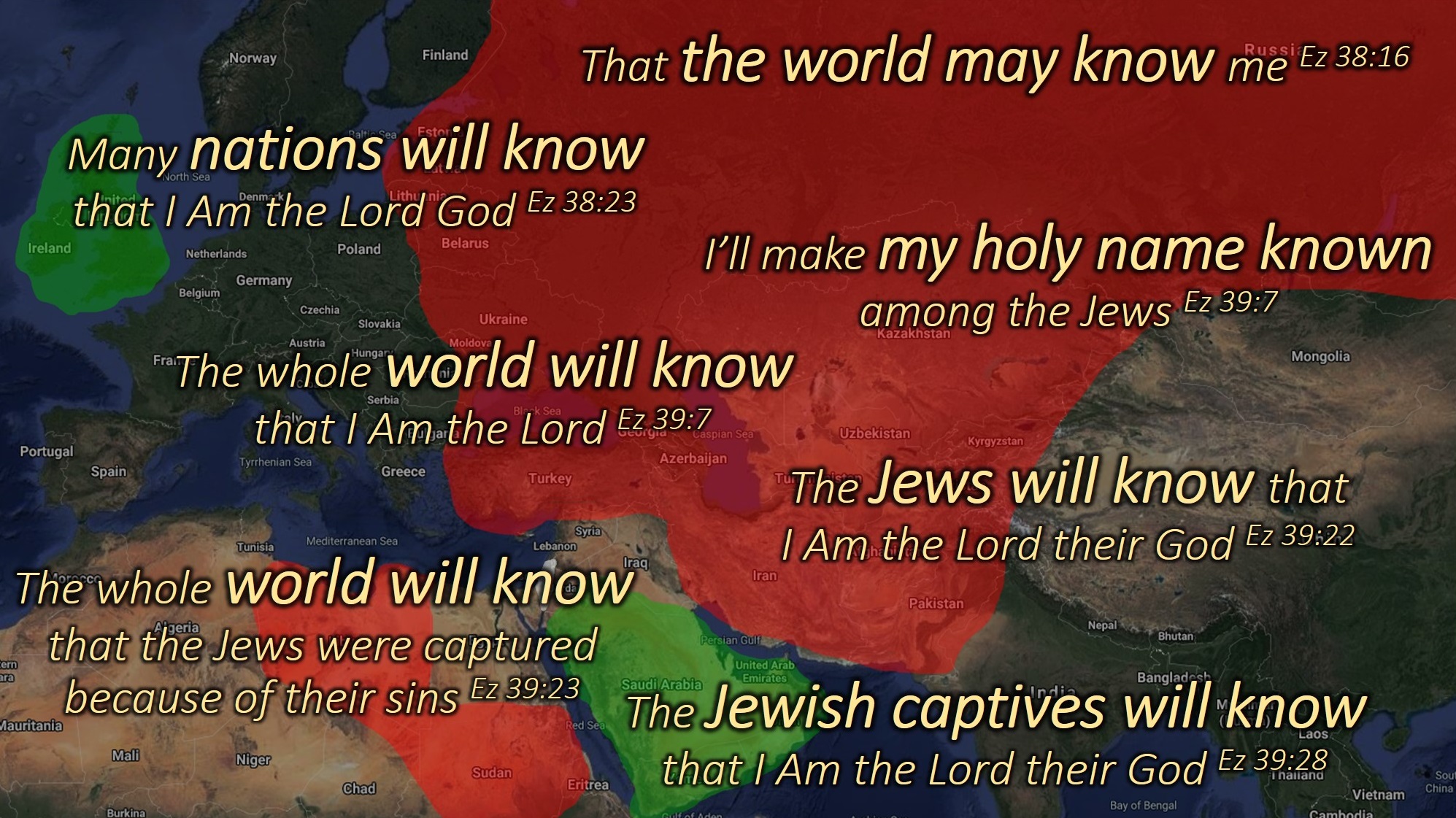 Ezekiel 39:6 I’m going to send a fire on Russia and on those who live without a care overseas.  And so, they’ll recognize that I Am the Lord.

This could be a world-changer.  Maybe this is why America and Russia are absent from Tribulation prophecy.  I wonder if this could be a nuclear war between Russia and America.  Whatever the case, the resulting world-power vacuum would totally disrupt global geopolitics and open the way for a restored Roman Empire.