What does the Bible say about the future?
The parable of the wheat and the tares

Jesus presented many parables that explained the spiritual dimension in terms of natural everyday things.

Matthew 13:24 Jesus presented another parable to them: The Kingdom of Heaven is like a man who sowed good seed in his field.  25But while everyone was sleeping, his enemy came and sowed tares among the wheat, and went his way.

26But when the crop sprouted, and produced fruit, then the tares appeared too.  27So the servants of the man came and said to him, “Sir, didn’t you sow good seed in your field?  Where did the tares come from?” 28He said to them, “An enemy’s done this”.  The servants said to him, “Would you like us to go and gather them up?”  29But he said, “No.  Because while you gather up the tares, you might uproot the wheat with them.  30Let both grow together until the harvest.  Then I’ll say to the harvesters, gather up the tares first, and tie them in bundles to burn them.  But gather the wheat into my barn.” 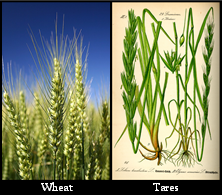 There’s all sorts of implications for this story and lots of practical everyday application.  Sometimes things go wrong.  The gut-reaction, to remedy the problem immediately, can do more damage than to just wait.  Sometimes when surgeons work on a badly injured person, after some time, they have to stop so they don’t lose their patient.  They close-up improvisationally and induce a coma to allow the body to heal a bit.  Some days later, they return to finish the job.

This can also apply to any community – such as a church.  There’ll always be a mixture of good and bad, but if we go on a witch hunt to expel the bad, we may unwittingly destroy the good with them.  Furthermore, as long as the bad don’t spread their influence, there’s hope that they might be turned to good.  Aren’t we all sinners?  Aren’t we all saved by grace?  Don’t we all still struggle with certain things?  Even on the day that God will destroy the wicked city of “Babylon” he’ll first call his people out of there. Revelation 18:4

Jesus later explained to his disciples

37… he that sows the good seed is the Son of Man.  38The field is the world.  The good seed are the children of the Kingdom.  But the tares are the children of the wicked one.  39The enemy that sowed them is the Devil.  The harvest is the end of the age.  The reapers are the angels.  40So as the tares are gathered and burned in the fire, it’ll be like this at the end of this age.  41The Son of Man will send his angels, and they’ll gather out of his Kingdom all things that offend, and those who do evil; 42and throw them into a furnace of fire.  There, there’ll be crying and grinding of teeth.  43Then the righteous will shine as the sun in the Kingdom of their Father.  Whoever has ears to hear, let him listen.

I find this pivotal to understanding end times.  Many end-timesers commentate on all kinds of evils increasing in the world as proof that Jesus’ return is imminent.  Some see this getting exponentially worse and thereby preach a most depressing tale.  Hollywood’s apocalyptic movies always draw a good profit.  Other preachers in reaction to this doom and gloom completely dismiss this, along with other scriptures that speak of Christ returning to collect his glorious bride.  I think they’re both right.  But by dismissing the other, they’re both wrong. 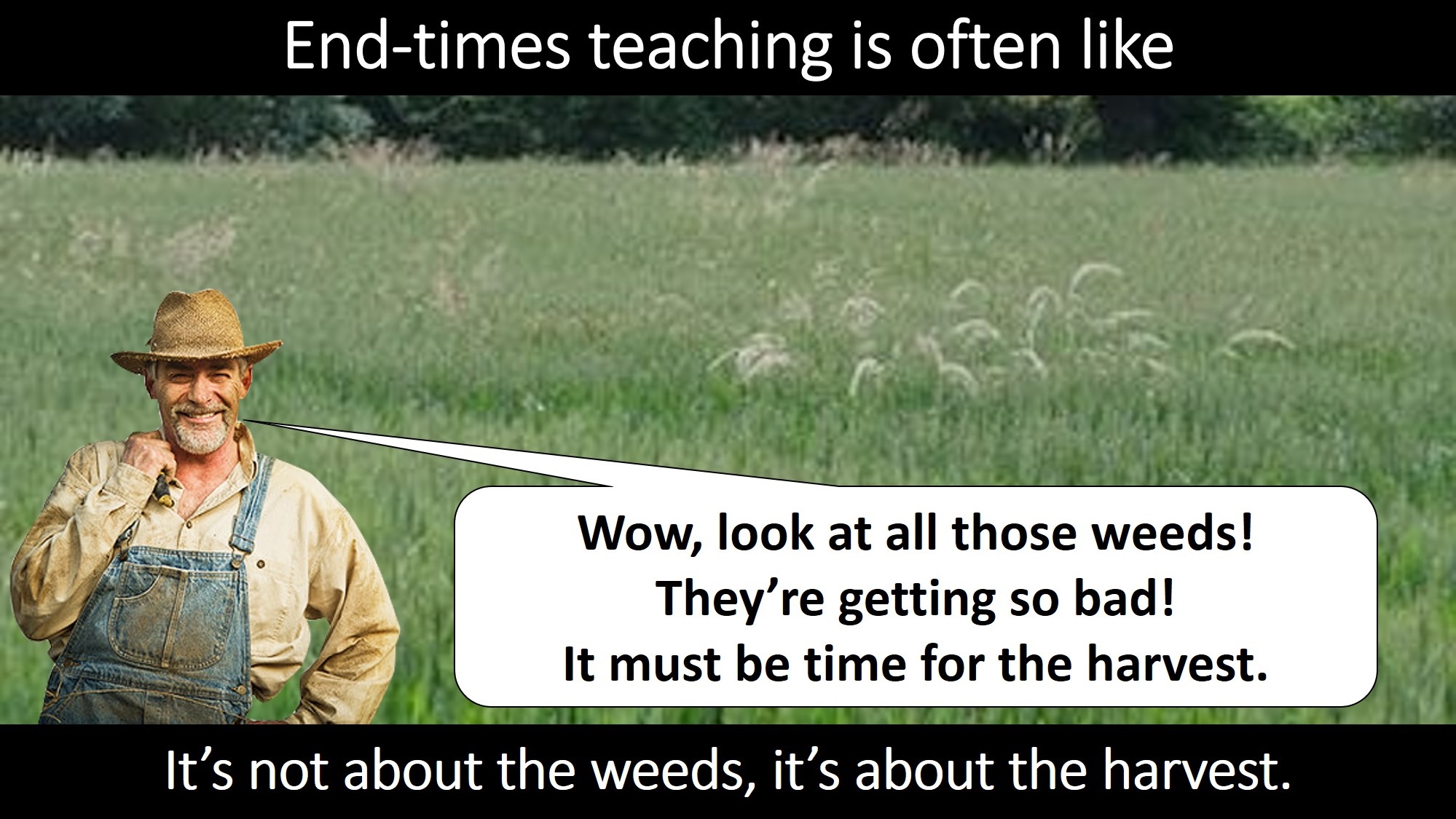 I see the world ripening toward the harvest.  I won’t deny that society around us seems to be getting eviler as God and the truth of the Bible are rejected.  I think to deny this puts us on shaky ground – even being dismissive of the fact that God judged the ancient world with the flood and will judge the world again with fire.  I have my own thoughts on where this is all going, which I’ll explain later.

Romans 8:22 We know that all creation has been groaning like in labor-pains, right up to modern times.

Some read into passages such as Matthew 24 this increasing towards Jesus’ return.  Alongside this, I see the Church also ripening toward the harvest.  I see a reinvigoration of the supernatural with healings and miracles and long-neglected supernatural ministries as evangelists, prophets, and apostles resurging. 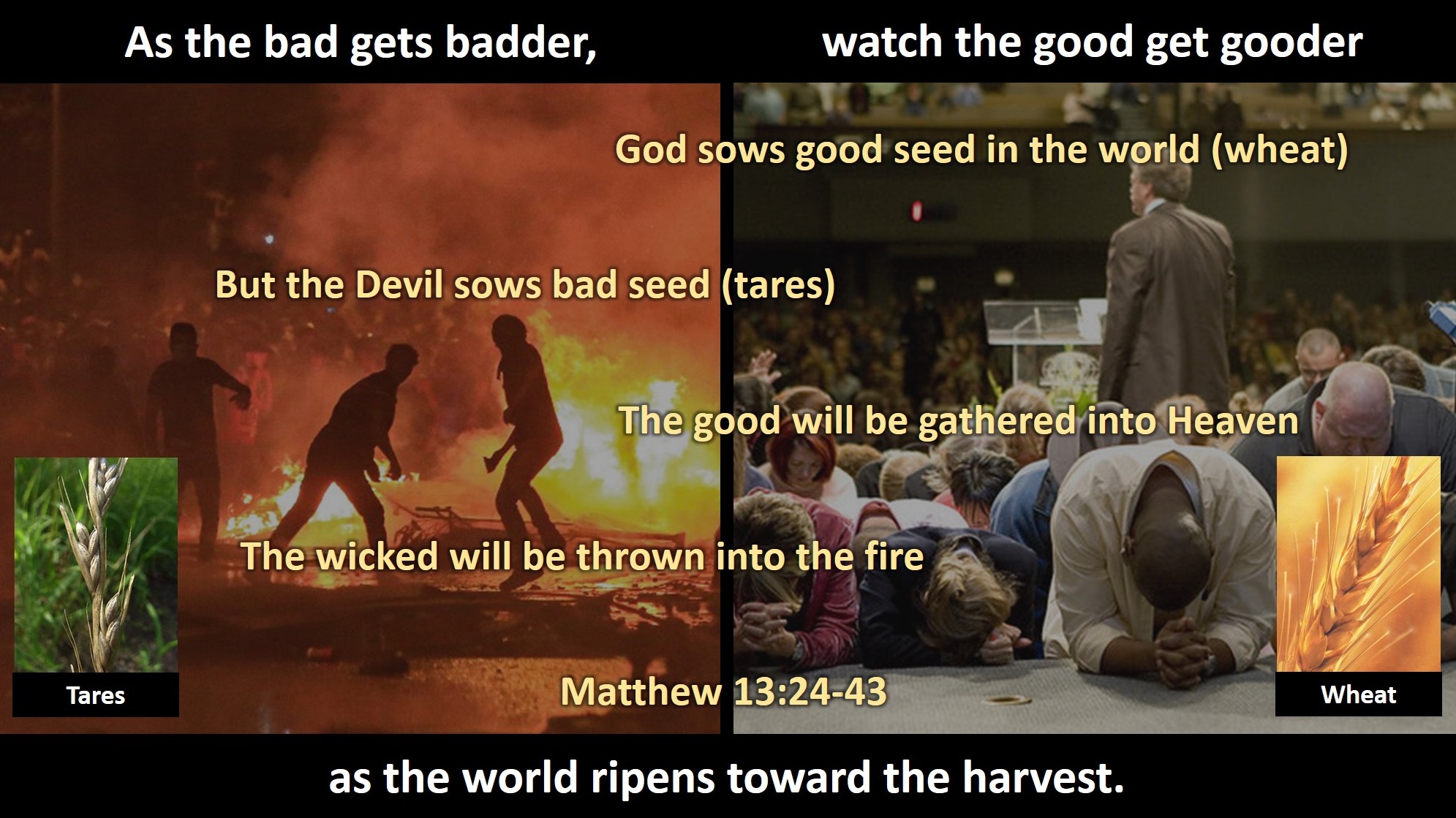 I see the world polarizing for or against God.  We’ll see ever more hatred towards God and fundamental Christianity.  We’ll see more false prophets proclaiming a gospel other than what we received through the Bible as people “adapt religion to the times”.  Persecution of the Church will increase, but through this the Church will mature into the powerful and beautiful bride that Christ will return for.

Do not be deceived

The world’s going to look much different, but so will the Church – just as wheat changes color just before the harvest. 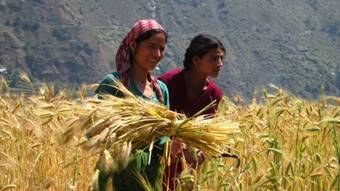