What does the Bible say about the future?
Near-future prophecies

I believe the battle foretold in Ezekiel 38-39 will radically change the global political and religious landscape in the near future.  The current Russian, Iranian and Turkish "alliance" present in Syria seems compatible with the list of nations that will invade Israel by surprise – not to annihilate them, but for the spoils of war.

Many end-timesers tout this as the sign that the Tribulation is soon to start and therefore the (Pre-Tribulation) Rapture is imminent.  Many speculate the details of the Tribulation through eyes this side of that war.  Some expect the Rapture to be the instigator for this war and the reason that America doesn’t come to save the day.

The human tendency to believe “the end is nigh” has been around forever – hence the building of the tower of Babel and seeing Nero Caesar as the Antichrist.  However, God has his own timing and purpose, which are difficult to fathom – even humanly incomprehensible. 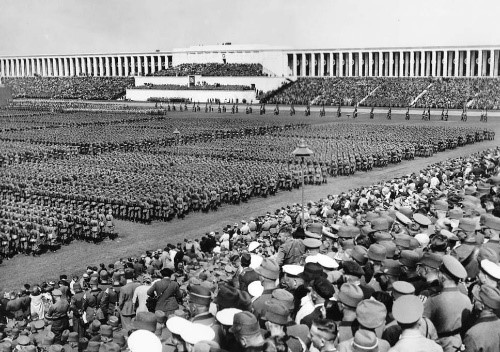 Around World War 2, end-timesers presented Hitler as the Antichrist.  Clearly, he was bent on global domination, beginning with the restoration of a third Holy Roman Empire.  He persecuted the Jews and those Christians who spoke out against him.  No one could buy or sell without the Mark of the Beast – the German currency is called the Deutsche Mark.  As through the ages, these projections onto current events fell into just another chapter in history.  We should take care to learn from this to not be dogmatic about any potential theory as we can only speculate.  But also take these failed speculations as a reminder of things foretold by God’s Word that will happen.

It’s not for us to know ahead of time precisely what will happen.  If Satan knew his killing Jesus would bring our redemption he would’ve acted differently.  But we should study future prophesy so that when it happens, we’re not caught by surprise and led astray.  More importantly, we should study historically fulfilled prophesy to understand how prophesy works and to evangelize these proofs of the integrity and coherence of God’s Word.  Although the Bible is many books by many authors, they’re all linked by threads of prophecy and fulfillment.  To disregard one part of this history both past and future is to break the chain of consistency and the overall narrative of God’s redemptive plan for humanity.

Primarily we study future prophecy to be encouraged and to know that we must always be prepared for Jesus’ coming.  We therefore must keep purifying ourselves, and remain dedicated to Jesus and his work, while preparing for future generations to continue the work.

End-times prophesy has brought immense hope to past generations as they endured suffering.  This is no better presented than in the words of the negro spirituals such as “Swing Low Sweet Chariot”, although these also embodied underground political connotations.  Many have experienced the rapture of Jesus coming to take them on their deathbeds such as my granddad, or St. Stephen in Acts 7.

End-times prophesy has brought about much contention and division by those being dogmatic about uncertainties.  Whether Jesus comes for me at the glorious sound of a golden trumpet or the desperate honking of a truck’s horn, I must always be ready for him – as were our forefathers in the faith.  Whether we endure the great Tribulation, or the general persecution of the saints through the ages, or around the world today; or maybe we just endure the troubles of living in a fallen world, Jesus is our savior, and the Holy Spirit is our comforter even before we live with our Heavenly Father in eternity.